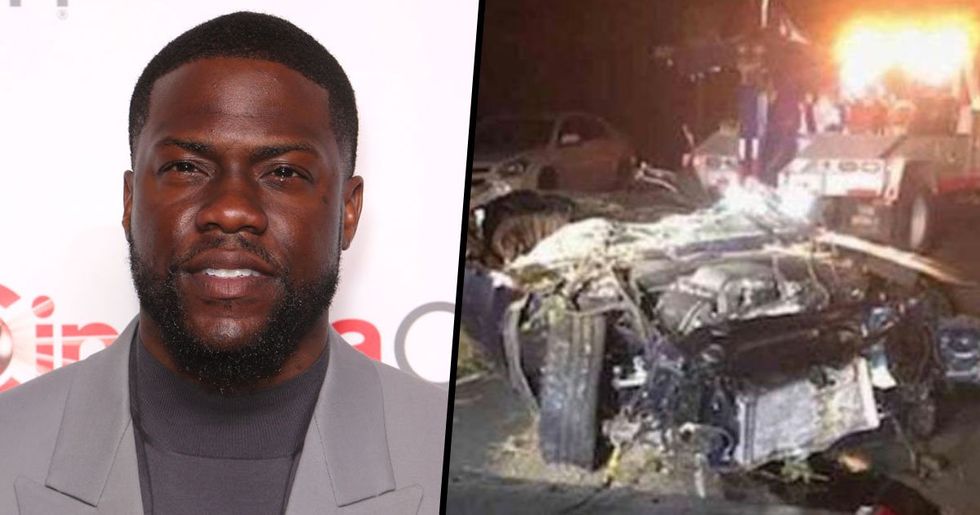 In the early hours of Sunday morning, comedian and actor, Kevin Hart, was involved in a major road traffic accident and had sustained injuries as a result.

Hart was accompanied in the vehicle by 2 other people and managed to escape the written-off car, which had been rolled over onto its back, to find help.

Keep reading to see footage from the devastating crash and to learn the extent of the injuries sustained.

Many are worried as to whether the men will ever fully recover from such an injury.

And, now, a report has been released which shows the extent of the injuries sustained.

Both Hart and Black were said to have "major" injuries, while Broxterman was deemed to have sustained "minor" injuries. Matt Jonhson noted that those at the scene said that all three were "lucky to be alive."

Whether Kevin will ever fully recover from this horrific accident remains unknown.

We send all our love to Kevin and Jared and wish them a speedy recovery.