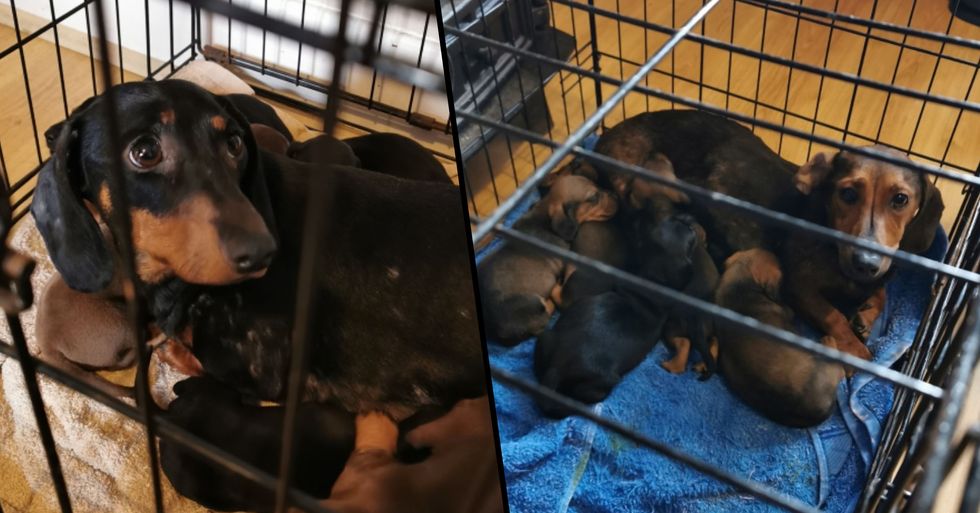 And the latest horrifying doggy discovery has got the internet feeling outraged!

It truly depicts how some people see these sentient beings as nothing more than property.

And this latest story might be one of the worst cases we've heard.

Taking place in many locations across the Republic of Ireland.

But the sheer number of dogs in this case is flabbergasting.

More than 30 dogs have been seized.

Including 3 Chihuahuas, 4 Pugs, a Jack Russell, and twenty-four Dachshunds.

It's a truly staggering number.

But it's thought that thousands of animals suffer and lose their lives at the hands of careless and ignorant individuals, and it pains me truly to be writing this story.

A fresh start for the unfortunate pets...

And even more horrifying?

The fact that some cruel people steal dogs to make a profit.

Any dog owner knows the idea of losing a pet is basically a living nightmare.

And after these pooches are taken from their homes...

They're often very poorly treated in the interim between them being resold at a huge profit.

Luckily, law enforcement are around to help.

And they work on getting stolen doggies back to people who truly care about them.

They then obtained a warrant and on Saturday afternoon, searched several properties.

They discovered a total of 32 dogs.

All of the dogs have been moved to a nearby rescue facility.

"Enquiries to reunite the dogs with their owners are now underway."

There has been a recent spike in stolen dog cases in the area, with many dog-selling sites taking steps to prevent the trade.

We hope there's a happy ending for all these cuties!

Want another terrifying tale of dog thievery? Scroll on...