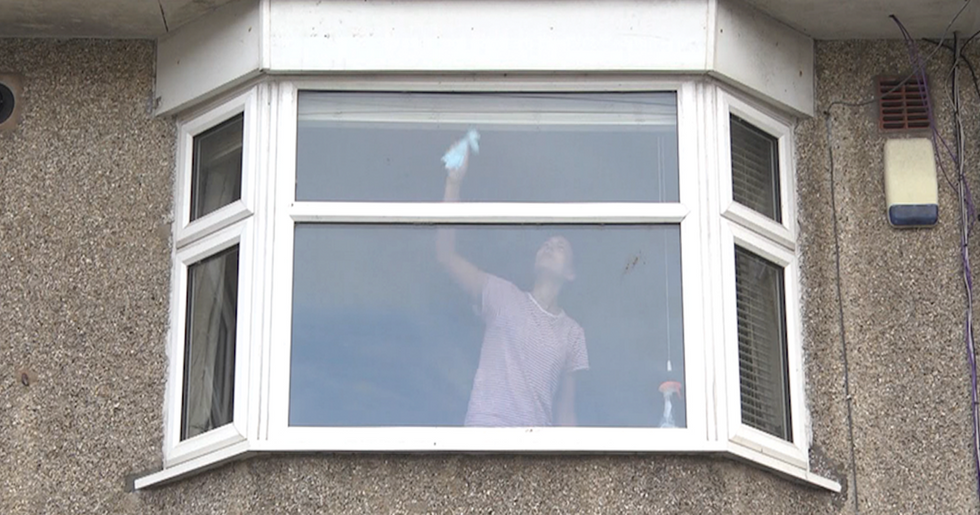 The Avon-Somerset Police Department just shared an unusual warning over social media. It's a seemingly innocent-looking photo, hashtagged with the words: #whatdoyousee?

Avon-Somerset's public warning may catch you off-guard. While it's normal nowadays for police to share information or warnings with people in their district over social media, this warning, in particular, was different.

And based on the photo they shared, it's hard to guess what the intention was behind it. Take a look at the picture, and see for yourself.

There’s more than meets the eye.

Avon-Somerset Police captioned the above photo with, "Do you see someone who is always inside the home cleaning? They are also never out of the home on their own? This could be an indicator of domestic servitude." First of all, huh?

And second of all, what is domestic servitude?

The department went on to explain that domestic servitude is a form of modern slavery. It entails being forced to work under threats, controlled by an “employer," and having restrictions placed on a person’s freedom.

A whopping 68% of human trafficking is attributed to Labor Exploitation.

According to the Fight Slavery Now Organization, domestic servitude is, "a special category of labor trafficking: the plight of domestic workers such as maids, servants, housekeepers, child-care givers, those caring for the elderly, the ill, and the infirm." Indicators of this type of control an include isolation, poor living conditions, and signs of abuse. Now, that's scary.

Don't worry, there's a good reason for their warning.

The Avon-Somerset Police have seen an increase in the number of reports surrounding modern slavery within the past two years. "It’s likely this increase is due to increased media interest in modern slavery at car washes and nail bars," they said.

Here’s how the police combat this threat:

A spokesperson for the police department said, "We rely heavily on the public to be our eyes and ears, to be in the places we can’t always be in. Intelligence plays a huge role in our fight to tackle crime; information received from the public could be the missing piece of a puzzle or break-through in a case." Did you hear that? In these types of situations, it's critical for civilians and bystanders to be aware of their surroundings.

The spokesperson also highlighted the reason criminals can get away with this cruelty.

Not all of victims of modern slavery are aware they’re slaves, working conditions may seem better than what they would receive at home. Criminals are taking advantage of this and this is why it’s important members of the public speak out for them, by telling us what you see you might help free someone enslaved with or without their knowledge.

Well, folks. There you have it. Modern slavery can be tricky to spot in public, and even trickier to determine if true.