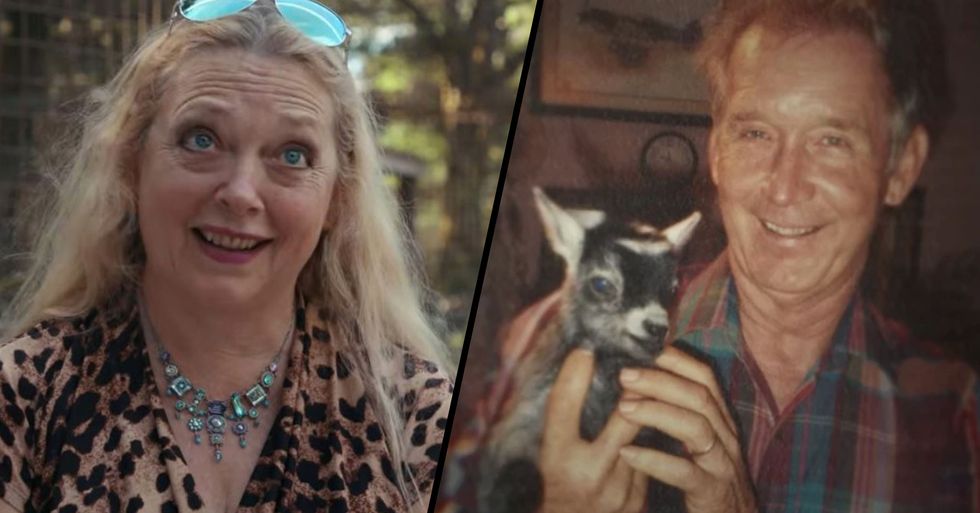 Netflix's latest documentary Tiger King, based on wild cats, has got everyone hooked. But, out of all the wacky storylines on the binge-worthy docu-series, there's one, in particular, that really got us talking: The case of Carole Baskin's missing husband.

Well, it seems that police want the case solved once and for all, and they need your help. This is something you definitely don't want to miss...

But we still need to raise more awareness on the issue.

And Netflix has done this in a pretty unique way...

Netflix's docuseries, Tiger King gives us a majestic insight into the wild beasts.

A 7-part series, it retells the story of a war between a very flamboyant tiger owner named Joe Exotic and his enemy, a Florida-based animal activist named Carole Baskin.

It takes things to a whole new level.

The show has already been branded as "bonkers" by viewers but that doesn't mean it isn't binge-worthy.

"Netflix: let me introduce you to Joe Exotic and Carole Baskin."

Exotic was sentenced last year to twenty-two years in prison for attempting to have Carole murdered.

But, amidst the weird and wacky storylines...

There's one that really got people talking: The mystery of Carole's missing husband.

And now, Hillsborough County Sheriff, Chad Chronister, wants fans of the show to help crack it. "I figured it was time to use the popularity of the show to see if anyone wanted to come forward with new leads."

Here's a list of things coming to Netflix in April. You can thank me later!