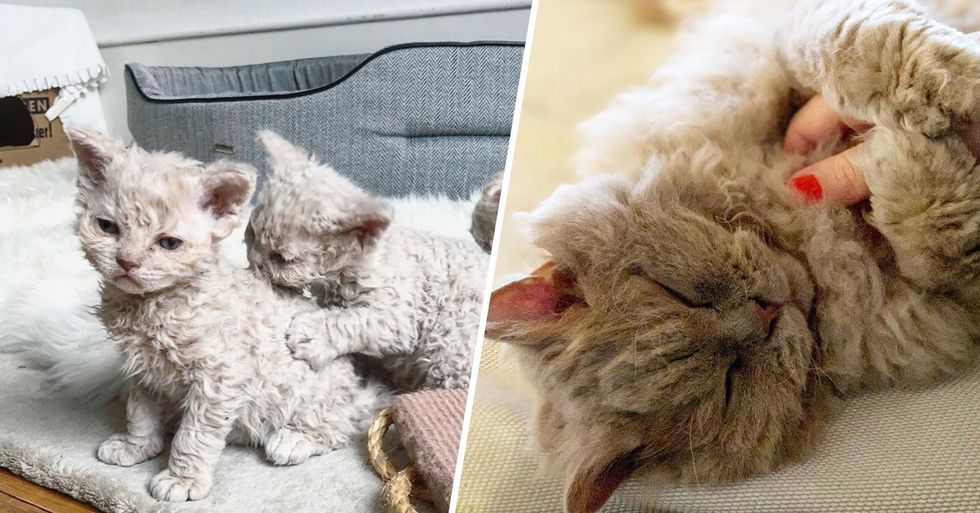 Cats are some of the nation's favorite pets and it's not hard to see why... they're adorable.

While the British shorthair and Maine Coon are among the most common breeds of feline, there are several others that have been growing in popularity.

But pictures of one particularly unusual breed have been going viral this week. Keep scrolling to see the snaps. Their fur is striking...

And there are new breeds being discovered every day.

But one particular breed had been going viral this week...

Why? Because of their unique fur.

The Selkirk Rex aka "Poodle cats" have been taking the internet by storm.

They are hands down the most adorable breed. Keeps scrolling to see what they look like...

They have unique wavy fur that's been catching the attention of cat fanatics...

But it's not just their fur that makes them so adorable...

According to Purina, these furry felines are independent, curious, and playful pets.

It's safe to say the internet is smitten with these furry felines... Keep scrolling for one of the most wholesome reading experiences.

We need one right now. Proceed with caution, because you'll probably want one of your own.  The clip at the end is the sweetest thing we've ever seen...

The Selkirk Rex breed got its name from the Selkirk Mountains in Wyoming.

They were first born to a litter at an animal shelter back in 1987.

Their wavy fur is caused by a gene mutation.

And after testing with an experimental breeding program, this mutation was found to be a dominant trait, meaning it could be passed down through generations, VT reports.

Fast forward to today, and "Poodle cats" are skyrocketing in popularity.

Especially here in the U.S.

They can be long or short-haired.

And weigh an average of 16lbs.

We need these cats in our lives right now.

We can see why the internet is going crazy for them...

Check out this adorable clip:

They are hands down the cutest breed of cat. We'll be heading to our nearest shelter right about now... Poodle cats aren't the only unusual kitties to take the internet by storm recently. Keep scrolling to see an adorable litter of kittens that people are saying look like they have grumpy human faces...