A couple of minutes pass before the men walk back up to the side of the home in front... | 22 Words 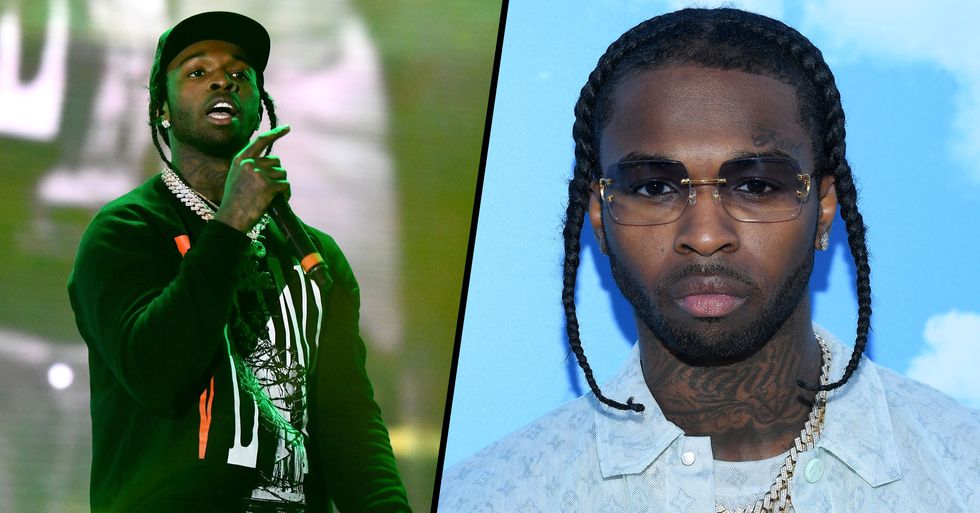 Pop Smoke Murder Appeared to Be Target Hit, Not a Robbery

In a horrific incident, rapper and music producer Bashar Barakah Jackson, also known by his stage name Pop Smoke, has been murdered.

This story is ongoing and will be updated as the details are revealed.

Keep scrolling to find out about how his murder appeared to be a target hit...

It was announced yesterday that Pop Smoke has died.

The twenty-year-old rising star has been involved in an incident in which his house in Hollywood Hills was broken into.

"The rapper was at a home in the Hollywood Hills at around 4:30 AM when 2 men wearing hoodies and masks broke into a house, according to law enforcement officers."

The rapper was immediately rushed to hospital...

However, he did not survive the shots and was later pronounced dead.

The report states that the culprits are still at large...

Neither of the men involved in the horrific robbery have been caught yet and there have been no details released on if they personally knew Pop Smoke.

However, 1 man was arrested but released...

The police at the scene determined he was not part of the robbery and he was free to leave.

But new reports have emerged that this wasn't a robbery...

TMZ reported that people who saw the surveillance footage from outside the Hollywood Hills home where Smoke was killed said they saw 4 men approach the home at around 4:30 AM and sneak around the back.

A couple of minutes pass before the men walk back up to the side of the home in front...

The 4th man apparently walked in the backdoor but no camera was trained on it. The next time he was seen, he was exiting through the front door of the house.

After the shots were fired...

Nothing was carried out of the house, and in a normal robbery, the culprits would have left with pockets full.

Self-Proclaimed 'Catfishes' Reveal What They Look Like in 'Real Life'