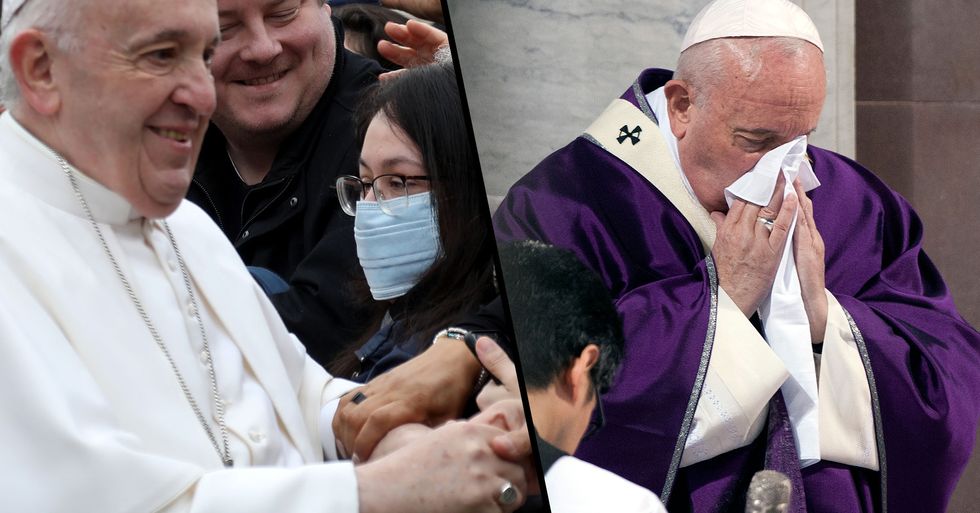 Italy has been one of the worst affected countries, and now, people are seriously worried after Pope Francis has taken ill just days after his visit.

And the European city of Italy has been one of the worst affected.

There have been over 400 cases of the disease in Italy...

And tourists have been advised to cancel all plans in and around the country.

However, this warning didn't scare everyone...

Despite the health risks...

Pope Francis, who is eighty-three, continued with his public appearances around the country, including St Peter's Square in Vatican City, Rome.

He was pictured holding hands with and kissing several spectators...

All without gloves or face masks, leaving him totally exposed and potentially vulnerable to infection.

And now, he has reportedly fallen ill.

The Pope has been forced to cancel his trip to meet the Rome clergy at the St. John Lateran basilica for Lent due to an unknown illness. He was seen blowing his nose and looking generally rather frail during his Ash Wednesday Mass.

Details around his illness remain unclear...

The Vatican has only revealed that the pontiff had a "slight indisposition" and would proceed with the rest of his planned work on Thursday.

He will be staying in Santa Marta, Vatican City, until he is in better health...

We wish Pope Francis a speedy recovery. This story is developing, and we will post updates accordingly.