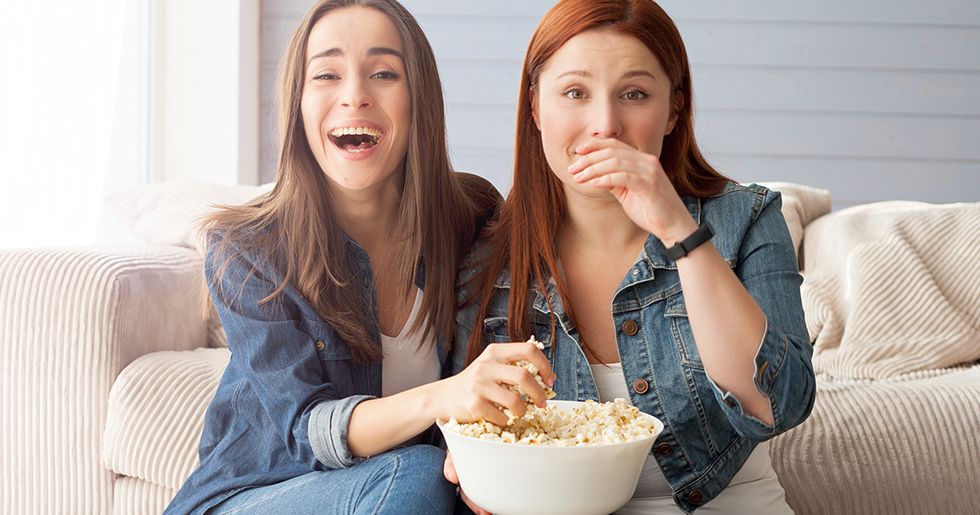 It takes all kinds of people to make the world go 'round.

I'm a big believer in the idea that everyone should be able to like what they like without having to worry about being judged for their opinions. Provided they're not harming anyone else with those opinions, of course. Some people love country music! It's not really my cup of tea, but if it's yours, then that's great! Heavy metal music, superhero movies, books by Stephanie Meyer — if you like it, then more power to you.

People tend to get really hung up on their opinions about movies. I used to, too. And then I realized that life becomes a lot more interesting when you just let people be passionate about the things they like without judging them for their "lowbrow" opinions.

A recent AskReddit thread asked people to share their unpopular opinions about popular movies (and TV shows). You're gonna want to grab the popcorn for these spicy hot takes!

I hated that movie. I work for an aerospace firm that makes stuff for the ISS. That movie felt like a reason to get Sandra Bullock in her skimpies. Space isn't sexy. Space is full of a rats nest of cables and 30-year-old equipment that's miraculously being kept on life support by an extremely dedicated group of engineers. That, and what was satellite debris doing in the same orbit as the ISS? –elgevillawngnome

I don’t get what’s so romantic about a guy hanging on a Ferris wheel to make you go on a date with him. That’s basically blackmailing. –pupperluve

I don't get how it became so popular. I secretly want the dinosaurs to win and eat all the main characters. –nlkt

I just generally find the whole concept of superheroes to be silly and lame and care not a jot for anything Marvel or DC, but you can't escape them, for over a DECADE. I'm so tired. –lemmy101

Fantastic Beasts and Where to Find Them

I used to be a huge fan of Harry Potter (those movies ain't that great either) and Rowling completely lost my respect with this obvious cash grab that demolished the original universe. It just makes me angry. Apparently, people like it though. No clue why. –cakelover_ways

I think it’s obnoxious, heavy-handed, and an unoriginal tool used to pander to a modern audience that craves a feeling of unique and special individuality. I remember telling my friends how much I hated it after I saw it and my friend’s husband got really upset with me and then proceeded to write a Facebook post about how I was “simply out of touch" because I didn’t like the movie. Wild. So I stopped expressing my opinion of that movie haha. –squam2k18

I have two girls, 3 and 7. My oldest dressed as Elsa two years in a row in Halloween (along with all the girls in her entire class). I literally had a small panic attack when I saw there was a Frozen 2 coming out. Not looking forward to this... –woja111

I really don't understand everyone's love of it. I fully do not get why there will be a sequel. I just found it painful to watch. –littlemissgayle

As someone very close to nerd culture I saw it as cheap mass-market pandering with the same gormless nerd boy gets magic dream girl plot that demeans us all. It was just garbage. –dieterschaumer

The Hunger Games is probably my favorite book series, but the first three movies suck. I didn't watch the last one. –annoying_greentea

I am a huge LOTR fan. I read The Hobbit twice and was so thrilled for the movies to come out. The first is the only movie to this day I've seen on opening night. I was so disappointed. It was way too animated and catered too much to younger kids in my opinion. Didn't even bother with the second one. They just don't feel like they are part of the LOTR universe that PJ perfected with the original trilogy of films. –CarsenAF

This is coming from a black man, mind you. Movie was too generic to deserve 3 Oscars. –Stabiel

It was a mind-numbingly boring movie that's "highlights" were Daniel Day-Lewis being Daniel Day-Lewis with a fake beard. I majored in Political Science (pro-tip: DON'T). I knew what was going on and the maneuverings that were happening and etc. Did not change the fact that it was an insanely boring movie. –Not_My_Emperor

It was just a love letter to musicals of the past. Well-done, but not groundbreaking or particularly memorable in and of itself. All of my friends who had never really seen musicals went crazy for it and I couldn't stand hearing the songs from it played. –yrqrm0

Everything Tom Cruise. I just can't stand watching anything where he's in, it just gives me this intense sense of discomfort, like the uncanny valley. That's the reason I haven't watched Edge of tomorrow despite loving the book and manga. –remm2004

Inception is OK, I don't hate it. But it gets more praise than it deserves. Simply put, they could have done a lot more to make the dream world feel like dreams. Dreams are truly inconsistent, illogical, and fluid. The movie played with small bits of this, but ultimately left the dreams more or less the same as waking life. –goodnt-guy

MAMMA MIA ... can’t STAND that godforsaken movie. I’ve given it two chances & still no dice. I will never see the hype in it. –cleveraccidentchild

The book was 5 million times better than the movie. The parts of the book with Moon-Watcher were actually compelling and fleshed out. The reason for Hal's turning on the humans in the book was much more interesting. –TuckRaker

I'm scared to say this: Bohemian Rhapsody. I'm a massive Queen fan and love Freddie Mercury but had some issues with the movie. I thought Rami Malek did an amazing job and I walked away from the movie feeling great and inspired but I have my qualms. –TheMadHatterOnTea

Napoleon Dynamite. My god what a dumb movie. –JayMan2224

Well...gulp... here it goes. The Godfather. Growing up it seemed like it was everyone's favorite movie and hyped to the highest heavens. I think it's even no.1 of AFI's top 100 list. When I would reply that I hadn't watched it yet, I would get retorts of "OMG, why not! It's the best movie ever" all the time followed by looks of disappointment and disbelief. When I finally did see it, I thought it was a decent movie, but nothing really worth all that hype. –SultanofShiraz

I don't give my opinions on Star Wars to people. You can replace "the Force" with "the Plot" and it still means exactly the same thing. There's no coherence to the in-universe "morality."  There are a lot of diverse races, but the only one that matters is human. Lightsabers are entirely impractical for many of the divergent races. The plot contrivance of the Death Star's exhaust pipe is ridiculous. I like the general idea of space knight wizards, but the execution left a lot to be desired. –LTT82

The only Wes Anderson movie that I've enjoyed was The Royal Tenenbaums. Everything else he's done has been insanely boring to me. I get that it's really pretty but all of his movies (Darjeeling, Life Aquatic, Grand Budapest, etc) just put me to sleep. –Kilen13

I've said it many times before regardless of backlash. The Nolan Batman Trilogy got worse with every subsequent installment. Batman Begins is an amazing film. The Dark Knight suffers many plot holes, over-saturation of characters and a lackluster, message-less finale — no, the Joker didn't "have a point." Dark Knight Rises is just plain bad all over. Unbelievable villains, no sense of time progression, glaring gaps in the narrative and a closing scene that invalidates the whole damn movie. It went from Excellent, to disappointing, to outright crap, IMO. –CallMeJoda

I hated it from the first time I saw it and end up having to sit through it every year around Christmas because kids are around and everyone loves it. The CA is in the uncanny valley, making all the characters creepy and the whole "you have to believe!" nonsense is completely without meaning. Believe in what? Santa? Why? No reason. Just a stupid film. Hate it. –moocat55

It's not a movie but I cannot stand Game of Thrones. I watched the first episode and after being introduced to 8000 characters all of which had a bible-sized backstory and needed to show their muddy hobbit boobies. I just noped the hell outta there and never looked back. I ain't got time for that. It's like if LOTR was a bad soap opera and everyone at work won't stfu about it. Like damn, Karen, nobody cares that Molyandar the wise, son of Grablin drank a cup of wine, had sex with his cousin, and murdered the king's prized donkey-gremlin hybrid. Oh, they introduced 10 new characters last week and all of them died at the renaissance fair massacre? Say it aint so! Why dontcha take a personal day to recoup. ...Maybe I just don't like hardcore GoT fans. Idk. It's ruined the show for me though. If you love the show, cool, I'm glad you enjoy it but it ain't for me. –CompactVinyl

I found the movie to be extremely underwhelming and a mediocre movie at best. I’m 100% for more strong female leads (I’m a woman myself and I definitely think mainstream media needs to do a better job showing the diversity of women with strength and power and Wonder Woman was a good baby step in the right direction), but I felt like Wonder Woman barely scraped the surface when it comes to displaying strength— physically (eg realistic muscle mass) and emotionally (boring plot, superficial motivations). –oatmeal_rox Share this with someone who loves discussing movies!