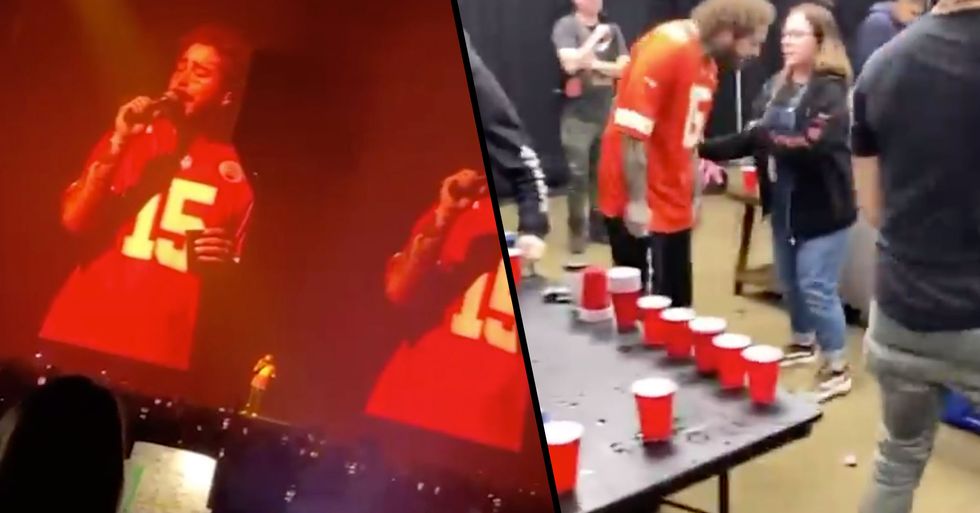 The biggest night in the sporting calendar was here once again.

On Sunday night, The Kansas City Chiefs took on the Francisco 49ers in the 54th annual Super Bowl at Hard Rock Stadium in Miami Gardens, Fla.

The Kansas City Chiefs came out on top with a 31-20 victory, and they got to celebrate in the best way with the one and only Post Malone.

The star-studded half-time show steals a lot of the attention...

Shakira and JLo took on this year's halftime show...

And the show marked the first-ever time the music icons have performed on stage together.

But back to the football...

The Kansas City Chiefs won the victory with a 31-20 win.

And people all around the world spent the rest of the evening celebrating this victorious moment.

Some people had a bigger reason to celebrate than others...

And those are the people who won Super Bowl bets.

A lot of bets were placed on Sunday...

And rapper Young Thug has boasted about his big win.

Young Thug revealed on his Instagram that he had placed a $25,000 bet on the Kansas City Chiefs...

And because of their win, this bet would have left the rapper with a whopping $620,000.

However, Thug didn't provide any specifics about his win...

But he did film himself celebrating with the camera panning into a TV showing the Kansas City Chiefs claiming their victory.

But it's safe to say the people who celebrated the most were...

It seems that the victorious football team had a very good way of celebrating...

As Patrick Mahomes shared their antics on his Instagram page, which included the likes of Post Malone.

Post wanted to show the winners a good time...

TMZ has reported that Post Malone hosted the entire team at a concert on Wednesday with some very special VIP treatment.

Post is a die-hard Dallas Cowboys fan, but he was happy for the deserving winners...

And he even rocked a Mahomes jersey on stage!

And after the show...

He invited the team backstage for a private dance party and some beer pong action.

We can only imagine what type of party that will have been...

But it's safe to say that the Kansas City Chiefs sure as hell deserved it!