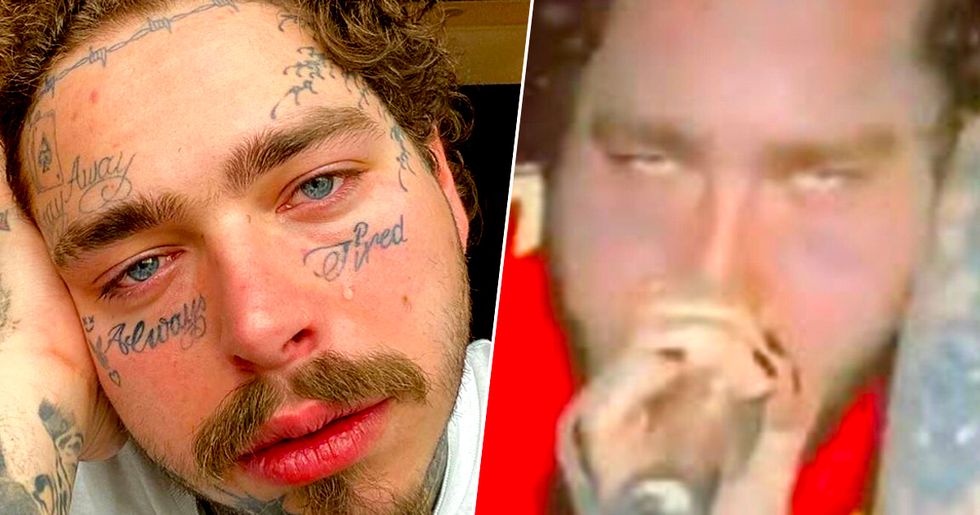 Post Malone Responds to Fans Concerned About His Health

What's the first thing that springs to mind when you think of Post Malone? Is it his music? His whacky fashion sense? Or his heavy abundance of tattoos?

Whatever it is, a few videos went viral recently of the mumble rapper and they've led fans to feel significantly concerned for Post and his health.

Now he's spoken out and responded to those worried about him.

Keep scrolling to find out what he said:

But it goes to show that no matter how successful you can be, insecurities always lie within anyone. Keep scrolling to see what Post would look like without tatts. Prepared to be mindblown!

People took to social media to share videos of Post at a recent performance where they claimed he was acting 'very strange'.

People were concerned for him.

Post Malone is going through some s*** and some people think this is normal for him. I found this hard to watch and… https://t.co/jgUzNwfMbd
— GhOsT #EndSARSNow (@GhOsT #EndSARSNow)1583571836.0

HE IS NOT OKAY. HE NEEDS HELP! I don’t want to loose him. I don’t care if you are a fan of him or not, but he is f*cking not ok!

He smashed a guitar.

In the viral video, Post can be seen smashing a guitar before stumbling around the stage and eventually squatting with his head in his hands for a lengthy period of time. Fans speculated his mental health wasn't in a great place and that he was 'on drugs'.

Speaking during his performance at FedExForum in Memphis, Tennessee yesterday, Post told fans not to worry. He said:

I'm not on drugs! I feel the best I've ever f***ing felt in my life. And that's why I can bust my a** for these shows and f***ing fall on the floor and do all that fun s***. But for anyone that's concerned here, I appreciate the love and the support, but I feel f***ing fantastic and I'm not doing drugs.

Let's hope Post stays in this great condition for the future. We wish him all the best.
20%

$8.28 $6.62
Buy Now
See More Deals
We hope you find these deals as awesome as we do! Just an FYI: we may receive a share of sales from links on this page