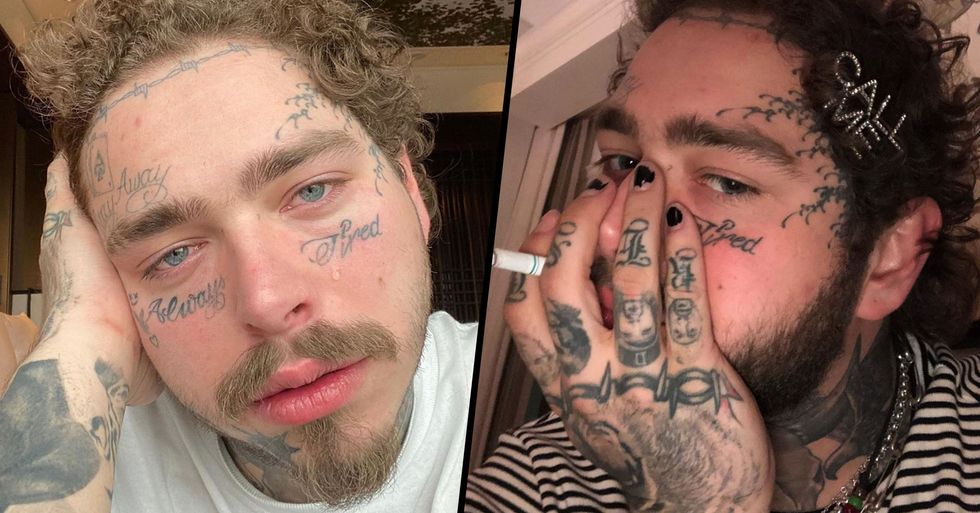 It's probably the latter. The rapper is notorious for his heavily tattooed appearance but it turns out that there's a lot more meaning behind his bizarre appearance.

Keep scrolling to find out why Post has chosen to ink his face, and see what he looks like tattoo-free...

But it goes to show that no matter how successful you can be, insecurities always lie within anyone. Keep scrolling to see what Post would look like without tatts. Prepared to be mindblown!