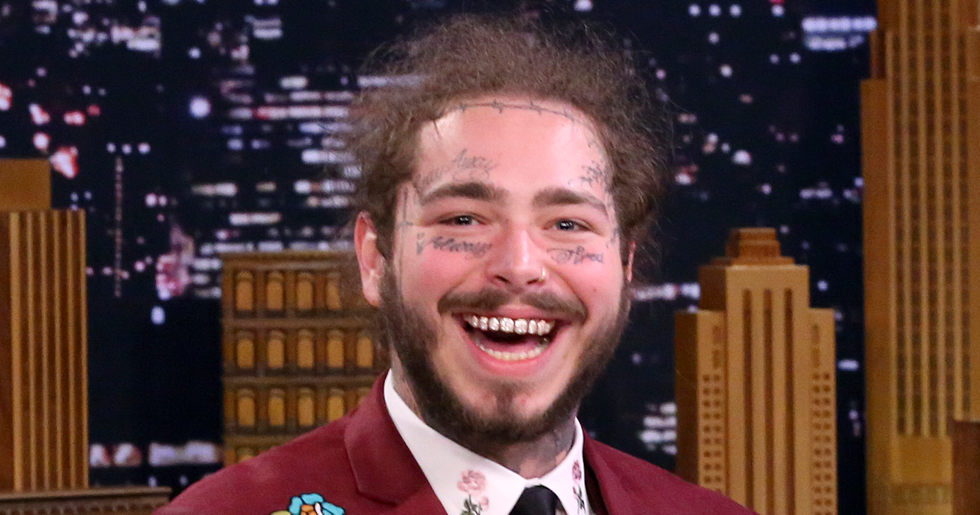 What's the first thing that springs to mind when you think of Post Malone? Is it his music? His whacky fashion sense? Or his heavy abundance of tattoos?

It's probably the latter. The rapper is notorious for his heavily tattooed appearance and he shows no signs of slowing down. But this time, he's decided to completely switch up his look with a new tattoo and a crazy haircut!

You'll want to see this one, ladies and gentlemen. Keep scrolling to see his shocking new look...

They are unique, to say the least.

Now that must have been painful.

Back in 2018, he echoed his feelings of insecurities in a chat with Tim Westwood TV about the reason behind the facial tats. He said, "It's alright, I got a face for radio anyways, so I figured, why not? Anything to p**s my mom off." Okaaaay.

So it comes as no surprise that he's recently expanded his collection yet again...

Debuting a whole new look, Post has shown us just how far he'll go to make sure every inch of his body is filled with ink.

But this time, he's also had a crazy haircut to match with his new tattoo.

And we all can't quite believe our eyes.

Every time @PostMalone gets a new tattoo I smh because that just means my yearly post malone halloween costume got another step harder
— LITia (@LITia)1593285707.0

Everyone hating on @PostMalone shaving his head lmao but not realising to get a head tattoo you literally need to s… https://t.co/CgLCR8IUwA
— hattie gladwell (@hattie gladwell)1593190348.0

But as long Posty's happy, so are we.

And you have to be a whole new level of brave to be able to debut these kinds of changes. Keep scrolling to see another celebrity that has decided to get herself a new tattoo too...