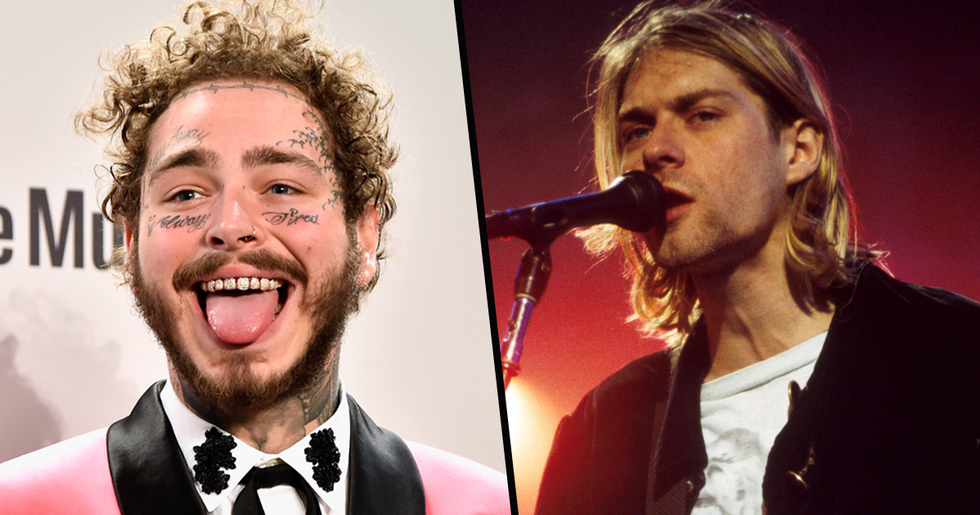 A lot of people are often left baffled by Post's choice to cover his face in this way...

But if it's any consolation...

And we aren't the only ones totally obsessed with his music...

But in similarity to every other musical artist out there, Post won't be performing live for us any time soon.

The global pandemic has brought all mass gatherings to a standstill...

And that most certainly includes concerts and festivals.

The singer has a live stream concert lined up for us via his YouTube channel.

Instead of his own songs, Malone will be performing just Nirvana covers.

But this doesn't come as a surprise to fans. He covered Nirvana's Lithium at Coachella in 2016, and he performed All Apologies in Boston in 2017 - showing that he himself is a big Nirvana fan.

It seems that Nirvana goes way back with Post...

He also references Kurt Cobain on Goodbyes when he sings, "Me and Kurt feel the same, too much pleasure is pain."

Make sure to tune in to Post's channel on April 24th, 6 pm ET. Keep scrolling to see what Post would look like without his face tattoos...