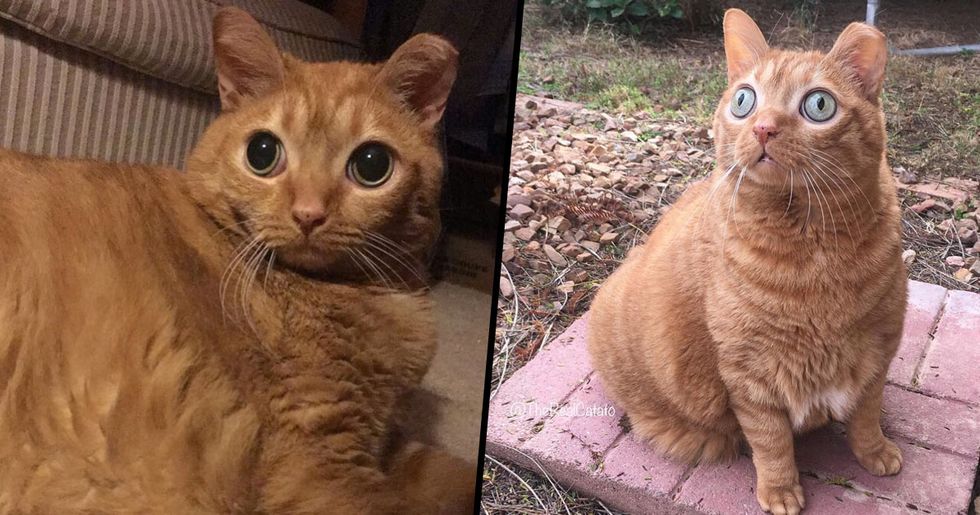 Cats basically rule the internet today - and a unique look seems to guarantee fifteen minutes of fame. But the latest cat to go viral might be the oddest yet. Potato, a rescue cat from Houston, Texas, has divided the internet with his ... slightly strange look.

Many have claimed they find the feline's features a little too weird for comfort - but regardless, Potato is a verified internet sensation. What do you think of this divisive pet?

Cats are some of the most popular pets in the world.

For those who find dogs just a little too over the top, cats are the perfect, slightly more low-key alternative.

And cats can be surprisingly affectionate.

These cuties are often just the fluffy bundle of joy you need.

And aside from their proficiency as pets...

Cats are also one of the most prevalent parts of internet culture. The online world just loves 'em.

Some cats have even built a career from it.

Like Nala, the Los Angeles-based Siamese Tabby cross who has over four million Instagram followers, and even her own merch line.

And who could forget grumpy cat?

One of the celebrities we've lost in 2019, Tardar Sauce had internet celebrity we could only dream of.

But the latest cat to go viral?

For one reason in particular.

Potato the cat has quickly gone viral thanks to one particularly ... striking feature. His giant eyes.

In fact, some have noticed a celebrity lookalike.

Potato certainly bears more than a passing resemblance to Shrek's Puss in Boots, thanks to those oversize peepers.

Potato's Instagram has blown up of late, thanks to his rather bizarre appearance.

And many have noticed online. Potato is a rescue cat from Houston, Texas, who's been with his current owner for around 2 years.

"Potato has been with me for about 2 years now."

"As soon as I got him, I started uploading pictures online, and people immediately noticed there was something different about his eyes," claims owner Ashley.

And boy, did people notice.

Potato currently has over thirty thousand Instagram followers thanks to his unique appearance.

Many are very complimentary about Potato's quirks.

He has a loyal legion of fans who love what makes him so different.

Some have even created cute fan art.

Ashley claims she's sometimes inundated with requests from fans to meet the cat that they've developed such affection for.

But some haven't been so kind.

In fact, Ashley has shared that she's received her fair share of negative comments on Potato's Instagram.

"Is this cat broken?" read one.

Another said, "I thought this was some goofy a*s lawn ornament or some sh*t but this is A REAL LIFE LIVING CAT WTF!!"

She claims she's not quite sure about why Potato's eyes look like this - but he's happy and healthy nonetheless.

"I don’t really know if it’s some genetic condition, but surely it does make a memorable look."

You can say that again!

We think he's a real cutie.

Potato teaches us a valuable lesson in how to embrace what makes you different. Hey, it might just be your unique selling point! Want more cute cat content? Scroll on for the incredible Amazon purchase you can make for your cat this holiday season.