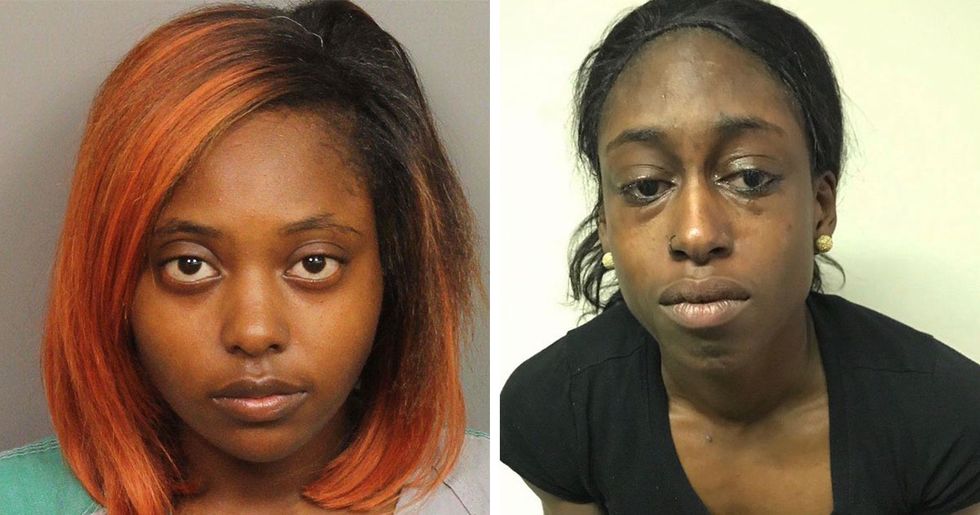 The nation was left reeling in shock and horror when the state of Alabama signed the heartbeat bill. The Human Life Protection Act, also known as the Alabama abortion ban, will start in November this year and imposes a near-total ban on all abortions across the state... Even for women who have been raped.

This week, Alabama has, again, become the forefront of our headlines with its controversial stance on women's rights.

A pregnant woman in the state has found herself facing manslaughter charges after being shot in the stomach and, as a result, sadly miscarrying her child. Nope, she didn't shoot herself. She was shot.

Another victim of Alabama's abortion law, the woman has now been detained over the loss of her unborn baby.

Alabama passed the controversial bill just one month ago.

On May 13th this year, the state passed the strictest abortion law that our country has ever seen.

As of November, women will be unable to get an abortion.

Unless the pregnancy poses a risk to the woman's life or health, women will not be able to, legally, and, ultimately, safely, terminate their pregnancy. And doctors who are found performing abortions could face up to ninety-nine years in prison - which, by the way, is longer than most murder sentences. Yeah, this is the world we're living in.

Obviously, the bill was met with anger and disgust.

Hundreds of thousands of women took to the streets to protest the controversial law, which, ultimately, takes their rights over their own bodies away from them.

They argued that this law serves to punish women.

There was, understandably, a lot of anger when a group of middle-class, white men started making decisions about what women can and can't do with their bodies.

Because, let's be real, what's it got to do with them?

I'm getting a little bit bored of the whole "abortion murders babies" thing. If a woman doesn't feel ready to have a child, she should have the right to an abortion. Terminating a sack of cells is better than birthing an unwanted child, right?

But, instead, women are being forced to undertake dangerous terminations.

"Banning abortion does not stop abortion. It stops safe abortion," claimed Planned Parenthood South East CEO, Staci Fox. Women aren't going to magically stop having abortions when this ban takes place. Some will be driven to undertake unsafe, back-alley terminations, which would pose a risk to their own lives.

This attack on women is a blatant one.

Women are even being punished for things that are completely out of their control.

One woman in Alabama is now facing up to twenty years in prison for miscarrying her unborn child... After being shot in the stomach.

The incident happened in Birmingham, Alabama.

Marshae Jones was 5 months pregnant when she got involved in an altercation outside a Dollar General store in Pleasant Grove.

She was shot in the stomach.

Jones was involved in a fight with Ebony Jemison. There was reportedly a long-simmering dispute between the two women regarding the father of the baby. During the dispute, the other woman pulled a gun on Jones, who was unarmed, and fired a single shot, which subsequently hit her in her stomach.

Jones was taken to UAB Hospital where she underwent surgery. However, the bullet had penetrated the unborn child, which tragically caused the mom-to-be to miscarry.

Unbelievably, Jones was then arrested...

And the shooter walked free!

Good one, Alabama. Police claimed that, because of Marshae's actions, Ebony was forced to react and defend herself with the weapon, so, therefore, faced no further felony charges. Though she initially faced a charge of manslaughter, a grand jury declined to indict the twenty-three-year-old.

And authorities claim that the unborn child is the only victim in this situation.

“The investigation showed that the only true victim in this was the unborn baby. It was the mother of the child who initiated and continued the fight which resulted in the death of her own unborn baby."

People are obviously appalled by the situation.

Twitter users have been sharing their thoughts on this barbaric situation, with many questioning what else the police could be capable of.

One user reminded us that the loss of a child is punishment enough.

This woman will have to live with the loss of her unborn child for the rest of her life. A twenty-year prison sentence isn't really necessary, is it?

And some people are this done with Alabama...

Sorry, Flordia. You'll have to take one for the team.

A petition has been started to get Marshae Jones out of jail.

Some faith in Alabama has been restored. The petition, which calls for the charges to be fully dropped, was established on Thursday this week and has already gained over 3,000 signatures.

Money has also been raised.

According to AL.com, many of the donation efforts have been directed to the Yellowhammer Fund, an organization that works to ensure access to abortions across the state. If you want to help get justice for Marshae Jones, you can sign the petition here.