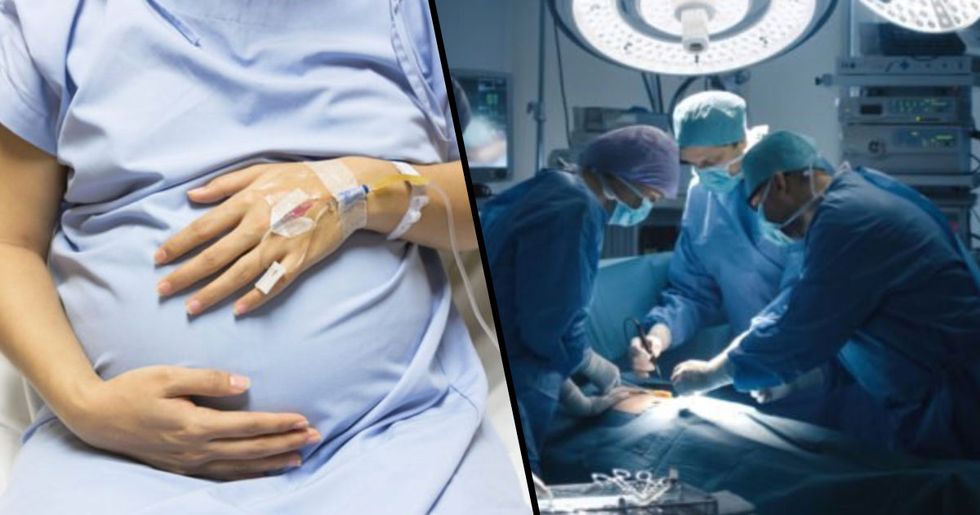 You know the stories that, when you read them, make you hope and pray that they aren't real and that humankind can't possibly be this awful?

Well, this is one of those stories.

Disturbing news has come in from South Korea today that a doctor performed an abortion on the wrong woman. The unidentified woman was around 6 weeks pregnant when she went into the clinic to receive a shot of nutritional supplements.

However, due to a chart mix-up, the woman was instead injected with anesthesia and subsequently had her fetus terminated.

Keep scrolling to hear more about the horrific story, and how such a damning mistake can even happen.

The topic of abortion is a sensitive one...

As the practice, particularly in Asian countries, is still very much taboo.

But this story goes to new levels of sensitivity.

Because a woman was given an abortion without even realizing it.  The incident happened in South Korea, where abortion is still very much illegal.

Though it may not be that way for much longer...

In April, South Korea’s Constitutional Court called for an amendment to the sixty-six-year-old law that has made abortion a crime punishable by prison time.

Their parliament have until 2020 to revise the law.

This verdict represents a landmark victory for abortion rights advocates, who have campaigned for the law’s abolition as a major step in bolstering women’s rights.

However, as it stands right now, the punishment for having or administering an abortion is serious.

Under the country’s criminal code, a woman who undergoes an abortion can be punished with up to a year in prison or a fine of up to 2 million won, which is about $1,750. A doctor who performs an abortion faces up to 2 years in prison.

However, despite the punishments...

Abortion is still widespread across the country despite the ban, which only allows exceptions in cases of rape or when a woman’s health is at risk.

According to estimates released by the Korean Institute for Health and Social Affairs, 49,700 abortions took place in 2017, nearly ninety-four percent of them having been performed illegally.

And now, a horrific story regarding South Korea's abortion practice has come to light...

The woman is yet to be identified.

All that is currently known about the victim is that she is Vietnamese, and that she was around 6-weeks along in her pregnancy.

The expectant mother was not intending on having an abortion...

And was instead scheduled to merely receive a nutritional shot at the clinic, the Korea Herald reported.

However, there was an unthinkable mix-up.

The clinic, which hasn't been named, but is believed to be based in Gangseo, a district in Seoul, made a harrowing mistake.

The woman unknowingly underwent an abortion.

The doctor and a nurse - neither of whom have been identified either - failed to check her identity, and went on to give her general anesthetic, rather than the nutritional supplement.

The expectant mother believed that the injection was the supplement...

But woke hours later only to come to the horrific realization that her fetus had been aborted.

But the woman reportedly returned to the hospital after experiencing bleeding, at which point it was officially revealed her unborn child had been aborted.

How does this kind of blunder even happen?!

Some reports have said there was a mix-up with patient records...

And that the doctors and nurses didn't confirm the patient's identity upon her arrival at the clinic.

However, there have been no confirmed explanations for the bizarre mix-up.

And An Chan-Su, a police investigator, declined to confirm local news reports that the accidental abortion took place after medical charts were mixed up and the woman was mistaken for another patient seeking an abortion after a miscarriage.

And, remarkably, no arrests have been made.

However, the Gangseo Police Station have said that a doctor and nurse are now under investigation on suspicion of professional negligence resulting in injury.

Charges are yet to be brought forward.

According to the Korea Herald, charges of abortion without consent were considered; but since the victim was not aware she was undergoing an abortion and thus could have expressed neither consent nor dissent, neither suspect could be arrested on such charges.

Sadly, this isn't the first blunder of this nature.

In related headlines, a little closer to home, a New York couple were horrified to learn they had been implanted with 2 other couples fetuses. It's not even worth thinking about, is it? Keep scrolling to hear this awful case...