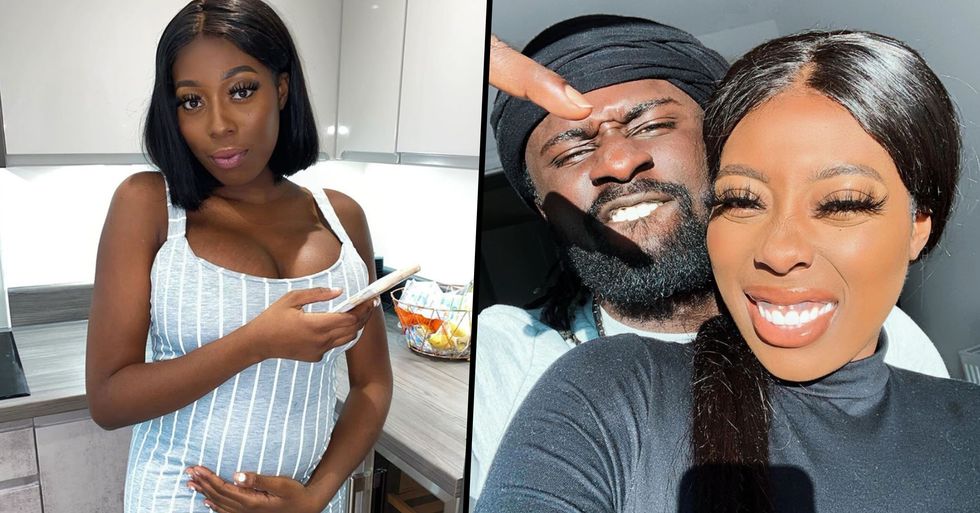 On Monday, the tragic news came in that pregnant YouTuber, Nicole Thea, had passed away suddenly at the age of twenty-four along with her unborn son.

Now, her cause of death has been confirmed by her family.

Read on to hear her family's tragic statement...

On Saturday, Nicole Thea has passed away at the age of twenty-four.

She was eight months pregnant with her unborn child at the time.

This is a terrible tragedy...

And Nicole had such a promising life ahead of her.

Nicole, who was a professional dancer, first rose to fame back in 2014 when she started sharing dance videos on Instagram.

And this led the young woman to start branching out on her content which, at the time, consisted mostly of dance tutorials.

And her channel now consists of lifestyle, travel, beauty, and influencing videos.

She regularly featured her boyfriend, Global Boga, on social media.

The twenty-year-old, who's real name is Jeffery Frimpong, is also a professional dancer.

The couple were very much in love...

And they had the best news last year.

Earlier this year, Nicole announced she was pregnant.

In a YouTube video, she and Jeffrey made the announcement and they were both glowing with excitement and happiness.

The YouTuber was real with her pregnancy over the last few months...

And she would regularly post updates on social media - including the moment they found out they were having a baby boy.

It was such an exciting time for the couple...

And they were clearly very eager to extend their little family.

But over the weekend...

A shocking and tragic announcement was made.

And it read: "To all Nicole’s friends and supporters, it is with great sadness that I have to inform you that Nicole and her son she and Boga named Reign sadly passed away on Saturday morning."

"Also Nicole pre-scheduled a few YouTube videos and Boga has made the decision to allow them to be aired. As a family, we ask that you give us privacy because our hearts are truly broken and we are struggling to cope with what has happened. Thank you her mum RIP My beautiful baby girl Nicnac and my grandson Reign, I will miss you for the rest of my life until we meet again in eternal heaven."

People have been left completely shaken by Nicole's sudden death...

And fans have been taking to Twitter to send in their messages of grief and condolence for the 2 young lives lost.

Nicole and her unborn son did not deserve to have their lives cut so short...

And people have been left truly heartbroken.

We cannot imagine what Nicole's family must be going through right now...

And Jeffrey has lost his soulmate and baby - something that nobody should ever have to endure.

So y'all really knew Nicole Thea? This girl's death is so painful! They were so fun together that I even introduced… https://t.co/WiJQDDXhz5
— Efua Trumplina🌸 (@Efua Trumplina🌸)1594640940.0

And this is an utterly devastating loss.

Just days before she passed away, the internet star posted a video talking about "the worst thing about pregnancy."

In the clip, she told her followers that she had been a lot more emotional than usual.

"I'm more emotional. Literally I could be fine one minute and then the next second I'm crying. I'm having a good pregnancy, but emotions are just too much."

And now, Nicole's cause of death has been confirmed by her family.

Before she passed away, Nicole has been complaining to her boyfriend that she was suffering chest and back pains. She had also been saying she had difficulties breathing in recent weeks.

It is believed that she passed away of a "massive heart attack."

The family says Nicole passed away at her home in Yorkshire in the UK.

Her uncle spoke out about Nicole's heartbreaking death on Tuesday.

Her uncle has revealed that the family believes she suffered a "cardiac arrest." Speaking to MailOnline, Charles Murray said: "From what I heard at the moment, we think she had a massive heart attack. "She had it in her house and she was telling her partner that she had pains in her chest and her back."

Murray said his niece had no known health issues.

"She is a dancer and we don't think she had any underlying health problems," he said. "It is terrible. But we won't know for sure until we have the post-mortem. "It is so surreal as she was so young. It is such a shock. It has really, really shaken us all up.

Rest in Peace, Nicole and Reign.

For more on the celebs we have unfortunately lost this year, scroll on...