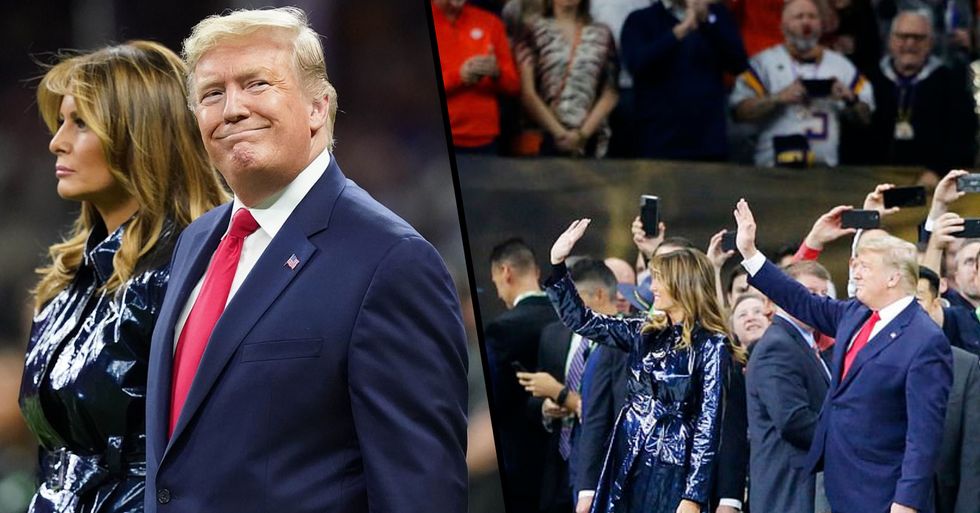 Despite a turbulent couple of months for President Trump, it turns out that he still has a loyal fanbase in some areas of the country... He and the First Lady Melania Trump attended the College Football Playoff National Championships on Monday, and they were welcomed with an overwhelmingly positive response.

Keep scrolling for the full story, and to watch the crowd's response for yourself...

And, ever since his success, it's been an eventful 2 years, to say the least.

And last month, the President was officially impeached.