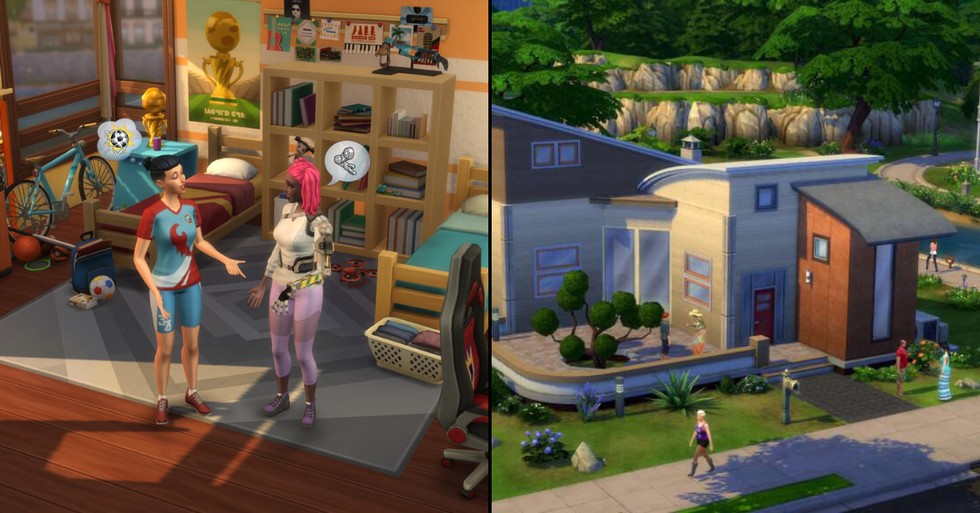 Price of 'The Sims' Drops by 75% During Mass Self-Isolation

The Sims is a part of everyone's childhood, there's no denying that.

The game where you can play God is popular for people of many ages and it has given us hours and hours of chaotic fun.

And now, amidst the COVID-19 pandemic, the price of the popular game has dropped by seventy-five percent for those in self-isolation.

The Sims is most definitely in the top tier of gaming.

The virtual game that allows you to create your very own neighborhood and chaotic characters is one of the most popular video games out there, but where did it all begin?

Sim City was originally an open-ended city-building game, and it wasn't until 2000 when the first edition of The Sims was created.

The Sims was the first of its kind, allowing users to create their own little neighborhoods and their own unique characters.

But bigger things were to come for the game...

The Sims 2 was a complete game-changer.

It's 3D animations and higher attention to detail went down a treat with fans and it quickly became one of the most popular PC games on the market.

And as for the Sims themselves...

Each Sim was allowed to age through 7 life stages, and they were more capable of doing diverse tasks such as getting a job, doing housework, making friends, falling in love, having a family... and even arguing with the neighbors!

The Sims 2 was the birth of the weird goings-on of our Sim communities.

The game became well known for its quirky and bizarre features...

It's true when they say that Sims have a mind of their own!

Our Sims have gotten up to some crazy things in the past...

And some things that we aren't very comfortable (or proud of)speaking of!

EA went on to release 8 expansion packs and 9 stuff packs for The Sims 2.

These expansion packs allowed us to create pets for our Sims, and to also give them perks such as stylish wardrobes, nightclubs, vacations, and even the best apartments in town.

Which was pretty much an updated version of The Sims 2.

And the most recent version is The Sims 4...

This came in 2013, and even though it offers incredible features such as multiplayer options and it has the biggest range of Sim goods, our hearts will always remain with The Sims 2.

But the one big similarity that all The Sims editions hold...

Is their binge-worthy playing time.

We can all put our hands up to admit that we've spent our fair share of hours playing the game.

And it is the perfect way of passing some time.

Right now, we need some time-killers more than ever.

We are currently in the middle of the COVID-19 pandemic which has left millions of people self-isolating all around the world.

People now have a lot of time on their hands...

And what better way to kill some time than create a world of havoc on The Sims?

And now, this has been made even easier.

And it seems that people have already been getting stuck into their creativity during their isolation...

It is the best way to pass the time, we must say!

Make sure to keep scrolling to learn about the exclusive Baby Yoda that is now available on The Sims 4...