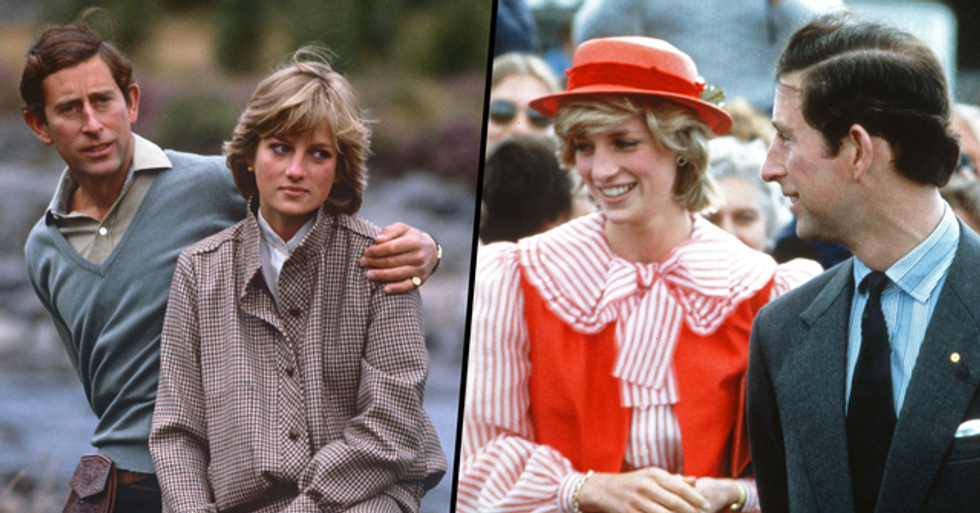 A new documentary looking into the relationship between Princess Diana and her sister-in-law, Sarah Ferguson has revealed the most "hurtful" thing Prince Charles ever said to his wife...

For decades now, the rumors surrounding Charles and Diana's true relationship have been rife.

It's no secret that, behind the palace's closed doors, Charles and Diana were notoriously unhappy.

It was also no secret that Charles himself wasn't the best husband...

What with his highly-publicized affair with Camilla Parker-Bowles, and all that very royal drama.

However, we have now been given a new insight into their turbulent relationship...

And it could very well be the most appalling yet. The new documentary, Fergie Vs Diana: Royal Wives at War, reveals the "cruel 6 words" that Charles used against Diana, and it has made our hearts ache for her more than ever before.

Now, Diana's introduction into the royal family was somewhat of a whirlwind.

After meeting only a handful of times, Prince Charles proposed to a young Diana Spencer, who was a whole twelve years his junior.

The pair announced their engagement in February 1981...

But, during the broadcast, many remember Charles being oddly reluctant to say he was in love with Diana.

However, regardless of the tension between the pair, they married on 29th July 1981.

The lavish ceremony was held at St. Paul's Cathedral and was watched by over 750 million people around the world.

Soon after, they welcomed a baby into the world.

The couple announced their pregnancy just four months after tying the knot, and, on June 21st of 1982, they welcomed Prince William into the world.

And not long after that, Diana fell pregnant again...

Diana threw herself into motherhood.

She had strong ideas about how she wanted her children to be raised, often giving them more freedom than traditional royal heirs.

She was also known for her extensive charity work.

Unlike the other members of the royal family, Diana was determined to use her platform to better the world and dedicated her life to many noble causes, including the land mine crisis.

Unlike the typical royal wife, Diana was dead set on doing work for herself and for the betterment of the world, earning her the nickname "The People's Princess."

This independence was likely a factor in the breakdown of her marriage with Charles.

On top of Diana's refusal to sacrifice her identity for the sake of her title, Charles was also in a long-standing affair with Camilla Parker-Bowles, even wearing cufflinks she bought him on his honeymoon with Diana.

And the dynamic between Diana and the rest of the royal family was certainly no easier.

Rumors about Queen Elizabeth's distaste for Diana had been rife for years, with sources claiming that she was even "jealous" of the attention Diana drew from the rest of the family.

And she apparently made no effort to make Diana feel welcome in the family. Andrew Morton, who collaborated with the Princess on the 1992 Diana: Her True Story wrote that “behind the public smiles and glamorous image was a lonely and unhappy young woman" and that she was seen “as an outsider by the Queen."

So, many weren't surprised when the couple officially separated in 1992.

Their divorce was finalized in 1996, though Diana continued with her public appearances and charity work right up until her tragic death in 1997.

But now, over twenty years later...

As stated earlier, a brand new documentary has investigated the relationship between Diana and her sister-in-law and friend, Sarah "Fergie" Ferguson...

And it has shared the "cruelest" words Charles ever used against Diana in their marriage.

But it didn't take long for people to start comparing the two women.

"She fitted in really well. Fergie really threw herself into the family life."

Diana, on the other hand, was a little more reserved.

Bond explained: "Often Diana would be seen to be the moody one, and Fergie was the good fun, the frolicking girl who was a breath of fresh air in the family."

So, of course, it didn't take long for Charles to use that against Diana.

Aware of the differences between his wife and his brother's other half, Charles reportedly one day asked Diana why she wasn't more like Fergie.

"There was a point at which Charles said to Diana, 'why can't you be more Fergie?'"

"For someone whose self-esteem is already pretty low, who is feeling very vulnerable. That wasn't just a rebute."

Hemmings continued: "That would have been one of the most cutting, hurtful remarks that her husband could have made to her."

Did Charles have no shame?