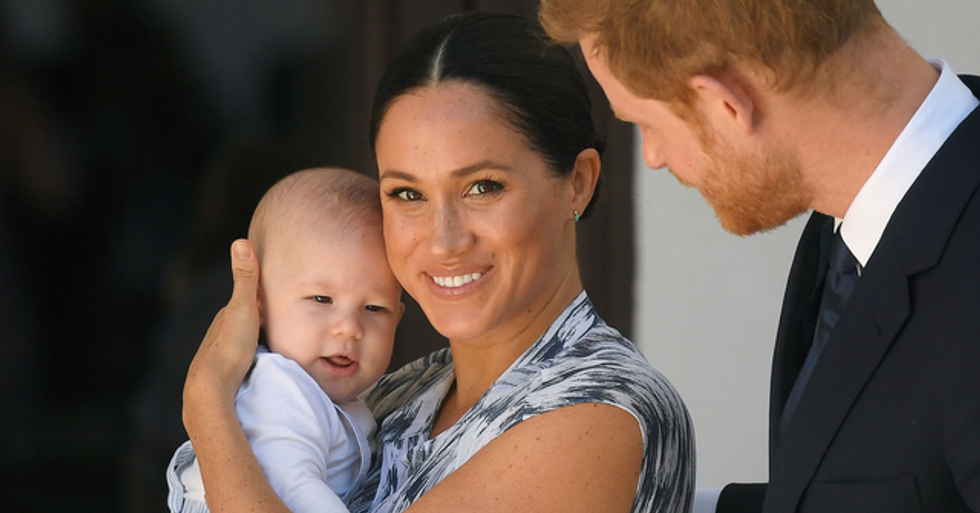 Amid the rumors of Prince Harry's personal struggles with adapting to life in LA, there has been a surprising revelation about baby Archie...

Baby Archie is a royal fave.

And looking at that face, it's easy to see why!

But it seems there has been much debate about this little boy's name.

It was a big subject of controversy.

In fact, a new royal biography has revealed his name was something of a sticking point.

But with all the drama amidst the royal couple recently, this doesn't come as much of a surprise.

Harry and Meghan are never far from drama.

Like their uprooting to go and live in LA, for instance.

Now, it was never in the longterm plan for the Duke and Duchess of Sussex to uproot to the States.

Since their highly-publicized wedding in 2018, the couple threw themselves into their royal duties and took part in many royal tours and visits all around the world.

And, obviously, their decision ruffled a few royal feathers. "We look forward to sharing the full details of this exciting next step in due course, as we continue to collaborate with Her Majesty The Queen, The Prince of Wales, The Duke of Cambridge and all relevant parties."

But, regardless of how the palace felt, the couple went ahead with their decision by moving to LA with their son, Archie.

Well, for Meghan, they have. "Meghan’s thrilled to have escaped the chaos of London. She feels like a new person," a source close to the pair said. "On top of not being hounded by the British press 24/7, Meghan reportedly likes that she doesn’t have to worry about following outdated royal protocol anymore."

However, this doesn't mean things have been the same for Harry.

Various reports have been claiming that the prince is struggling to adjust to life in LA, and is missing his home country and his family.

A source has claimed that Meghan is worried about her husband...

"This could be the toughest test that Harry and Meghan have gone through since they got married," an insider told New! Magazine, "Harry is feeling homesick and that’s taken Meghan by surprise as he thought the move was the right decision at the start of all this."

The prince apparently misses "old elements of his life"...

Such as "the routine, his old friends and, of course, the daily contact with his family."

This kind of family separation is bound to be difficult for anyone...

And it has been reported that Harry has been making contact with his brother, William, via video calls throughout the pandemic.

But now, more details about Harry's personal struggles have emerged...

And, this time, they involve his son, Archie Harrison.

To keep himself busy during the pandemic, Harry penned an article for Fast Company that outlines today's issues with social media...

And, here, he expressed his concerns for Archie's future.

He started his column with:

"A little over four weeks ago, my wife and I started calling business leaders, heads of major corporations, and chief marketing officers at brands and organizations we all use in our daily lives. Our message was clear: The digital landscape is unwell and companies like yours have the chance to reconsider your role in funding and supporting online platforms that have contributed to, stoked, and created the conditions for a crisis of hate, a crisis of health, and a crisis of truth."

Harry then urged social media companies to take a stand by drawing “a line in the sand" when it comes to rude online behavior...

And for the companies to do everything in their power to create safer spaces that prioritize respect and compassion.

He then weighed in on his own personal concerns surrounding the issue.

"Because if we are susceptible to the coercive forces in digital spaces, then we have to ask ourselves—what does this mean for our children? As a father, this is especially concerning to me."

Given what his wife went through as a result of the internet.

And as for Archie's name?

Well, according to Finding Freedom, for a few moments, he was an Archibald.

Doesn't suit him quite so much, though!

We're happy with the decision they came to.

We hope he agrees!

For more on the progressive prince, keep scrolling to hear what he said about Princess Diana at a surprise speech on her birthday...