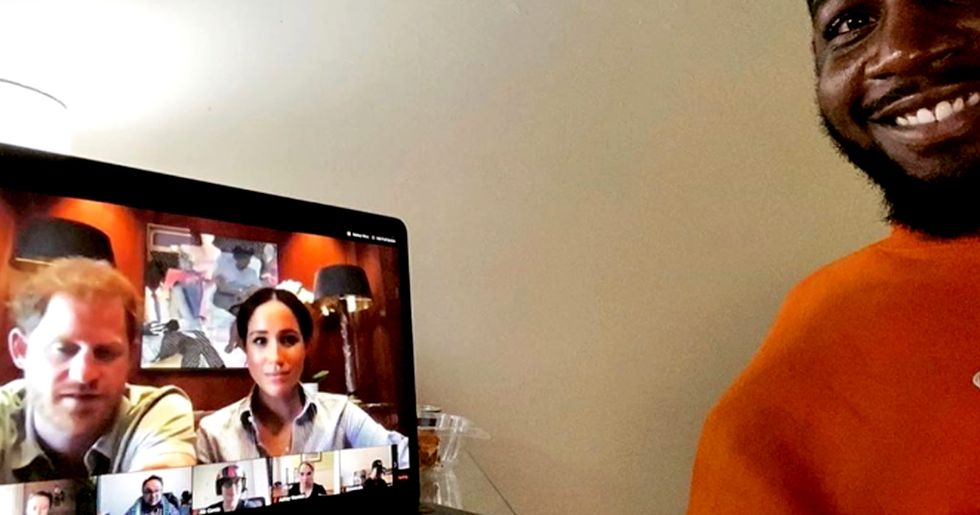 After a tumultuous few months for Harry and Meghan, it's nice to see some good news.

Just days ago, the married couple decided to crash a zoom meeting and the other Zoomers (is that what they're called?) were so overwhelmed and surprised.

Keep scrolling to see the zoom call for yourself - I'm so jealous!

Archie celebrated his first birthday a few weeks back.

In fact, it seems the three are going to be spending the day alone.

But things could be worse - they're apparently in a stunning mansion, of course.

We hope the family had a great day!

And if you want more from Harry and Meghan, scroll on for their amazing good deeds during the quarantine.

Well we, for one, are super jealous after Harry and Meghan decided to crash a zoom call!

They've been doing a lot for charity.

Since fleeing the Royal Family, the couple have been doing a lot of charity work - and one of the charitable organizations they've worked with got a big surprise earlier this week.

And the staff were totally overjoyed. One person wrote online that they were super stoked!

It's great to finally see Meghan and Harry enjoying themselves!