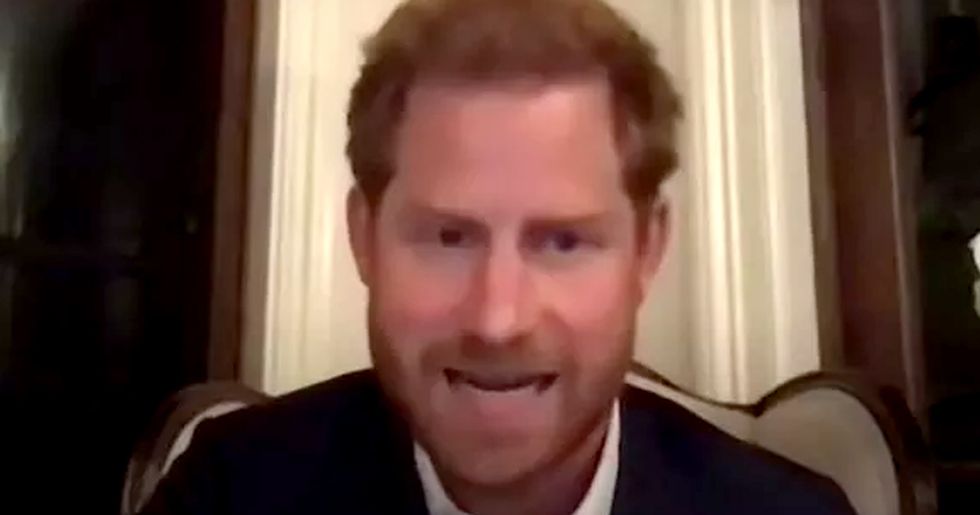 Prince Harry Caught up in Terrifying Giant Earthquake in LA

Prince Harry has been subject to a truly terrifying ordeal - having been caught up in a giant earthquake in his LA home.

The incident happened as Harry was giving a talk to Travalyst, his non-profit eco-tourism company.

Keep scrolling to learn more about the horrifying incident.

The British monarchy is notorious for it's strict and traditional values, but Harry has led the way for a modern, more progressive approach to royal duties.

Harry and Meghan are currently in LA - a place in which they plan on remaining for the foreseeable future.

And that's exactly where something terrifying just happened.

When Harry was caught up in a terrifying earthquake.

He was giving a speech.

Speaking to Travalyst, his non-profit eco-tourism company, via video link, Harry was faced with a terrifying earthquake.

It was a 4.2 magnitude earthquake.

Around the time of the second call was a 4.2-magnitude earthquake which celebs and LA locals were all tweeting about. Kelly Clarkson tweeted that she and her children were awake way too early because of the earthquake while Khloe Kardashian said it felt way stronger than 4.2. So this must have been terrifying. As Prince Harry's giving his speech, a little bit later there's an earthquake.

Omid Scobie talked about this. He said the Duke felt it for sure. He went to sleep a little bit later and that's when it occurred.

That's crazy, there's so many things to get used to for Harry. Earthquakes are a big part of California living.

Hopefully Harry will be able to get used to his new life.

You can do it Harry!