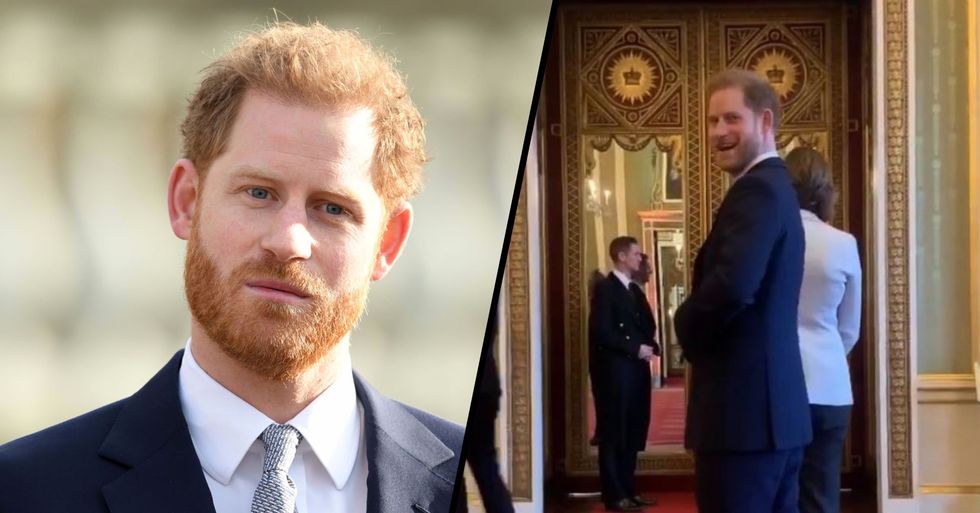 Meghan Markle and Prince Harry are in the midst of a complete media firestorm. Since their shock announcement, in which they declared they were stepping down as senior members of the Royal Family, the couple has been hitting the headlines non-stop. Some more shocking claims have surfaced and it seems matters were even worse than we'd thought...

Keep scrolling see the controversial video that shocked the world...

Meghan hasn't had the easiest time.

The Queen released a statement, which read, “My family and I are entirely supportive of Harry and Meghan’s desire to create a new life as a young family. Although we would have preferred them to remain full-time working Members of the Royal Family, we respect and understand their wish to live a more independent life as a family while remaining a valued part of my family."

But a family friend has made some shocking claims this week.

The source went on to say that there's so much "bad blood" in the family.

And amid all this news surfacing, Prince Harry embarked on his final venture as a senior royal.

However, people think that he used this opportunity to take one final swipe at the royal family. Yikes.

It was all because of a three-part video...

Yesterday, a video story was posted to the official Instagram showing the Duke at Buckingham Palace where he was hosting the Rugby League World Cup 2021 draws for the men and women's and wheelchair tournaments. Keep scrolling to see the full video.

Everything seems to be going well as the Prince fulfills his duties.

But people couldn't help but realize the song in the background has a very fitting message...

The chorus of the song used carries a very distinct message...

Sang by British legends The Stone Roses, this piece has been branded as a "distasteful" choice. The band is also known to be very anti-royal. It's already sounding like someone made a very careless error.

The chorus reads: I'd like to leave the country or a month of Sundays, burn the town where I was born..."

However, some people claimed that it's a precious song amongst rugby fans...

But to me, it seems as if the Duke of Sussex managed to kill 2 birds with 1 stone with this little choice. He's one brave man and so is whoever runs that Instagram account.