Prince Harry 'Demoralized' After Being Stripped of Military Titles | 22 Words 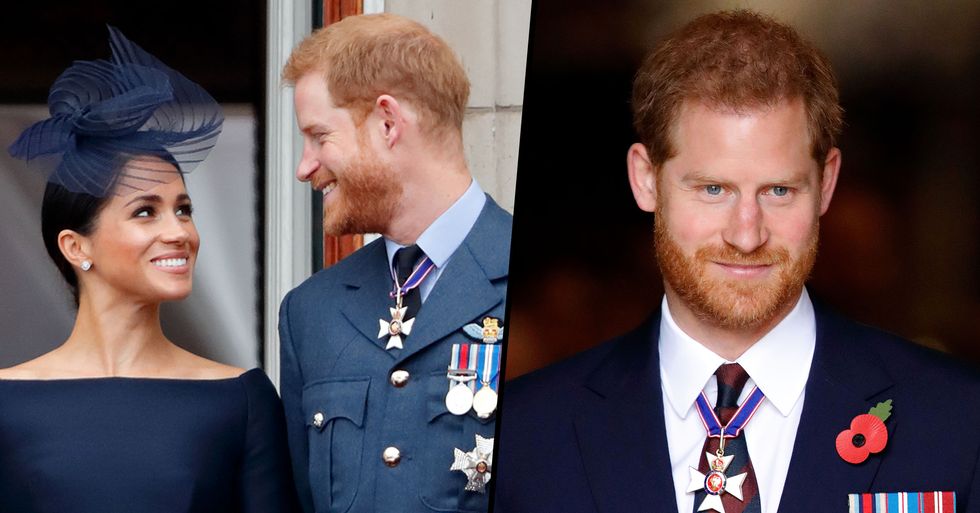 Prince Harry 'Demoralized' After Being Stripped of Military Titles

Meghan and Harry have faced a lot of changes since leaving the royal family - but the latest might be the hardest to hit Harry...

Harry and Meghan have had a year of big change.

But the latest news might be the biggest yet.

Because following their stepping back as senior royals...

Harry lost much of the privileges of royalty.

The military titles that went with his job.

And now new details have arisen...

Meg and Harry met on a blind date.

The pair hit it off, and they immediately arranged to see each other again, eventually going on to have 2 more dates in London.

Because they announced earlier this year that they would be officially stepping down as senior members of the royal family.

In fact, people regularly slam her online for it. Take last weekend for instance, when Meghan found herself in the firing line for speaking at an online summit organized by "When We All Vote," in which she told voters "If you are complacent, you are complicit."

And Netflix has taken the bait, according to the New York Times. The couple has founded a yet-to-be-named production company that will make documentaries, feature films, scripted shows, and children's programming, according to the publication.

But this big fee comes with one major downside.

The fact Harry is no longer a working royal has meant he's being stripped of his military titles - and the internet doesn't know what to think.

And Finding Freedom authors, Omid Scobie and Carolyn Durand, have offered insight into Harry's reaction, too.

"If his grandmother’s validation of his experiences served as encouragement, the most demoralizing aspect of the new deal was his being stripped of his honorary military appointments that had been awarded to him as a senior royal."

"As a retired serviceman, Harry would always be able to wear his medals, but no longer could he wear uniform as Captain General of the Royal Marines, Honorary Air Force Commandant of the Royal Air Force Bas Honington, and honorary Commodore-in-Chief of the Royal Navy’s Small Ships and Diving Operations. These roles had come to an end."

"That’s been a tough pill to swallow, and the one that has been most painful to Meghan witness him go through. It’s the one that made Harry emotional." Want more from Harry and Meghan? Scroll on for an adorable vid of baby Archie...