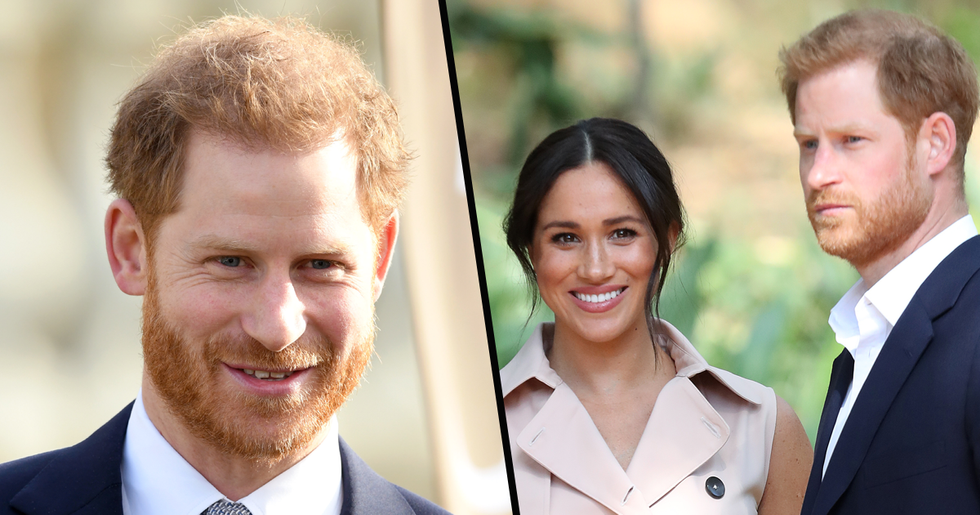 Earlier this year, the world descended into chaos when it was announced that Prince Harry and Meghan Markle would be stepping down as senior royals, and ultimately sacrificing their royal titles. We thought it was the ultimate plot twist, but this really blows it out of the water.

Keep scrolling to find out why Prince Harry has changed his name and what, exactly, he's changed it to.

Since she started dating Prince Harry back in 2016, the world has become completely obsessed with the former actress. And, since their 2018 marriage, Prince Harry has made some major changes to his life... Including his name.

When Meghan married Harry in 2018, she became formally known as the Duchess of Sussex.

This made her the first American, divorced, and black woman to join the royal family.

Amid current conversations about climate change, many people have noticed that the couple often use a private jet to fly from one part of England to the other, an extremely wasteful method of travel that will ultimately damage the environment. But, of course, Meghan was the one who faced most of the heat for this.

The couple stepped down from their royal roles earlier in the year...

And this means that they have officially given up their titles and all public funding in the process.

They have even upped sticks from their rented mansion in Vancouver, Canada...

It has been reported that the couple are looking for work, and hope to find their forever home...

All in the same place Princess Diana planned to move to just months before her death.

From now on, he uses neither his HRH title nor Mountbatten-Windsor.

Quite the change, isn't it?

But he will always be Prince Harry in our hearts. For more on the Duke and Duchess of Sussex, keep scrolling to read about how the coronavirus pandemic has affected their lives...