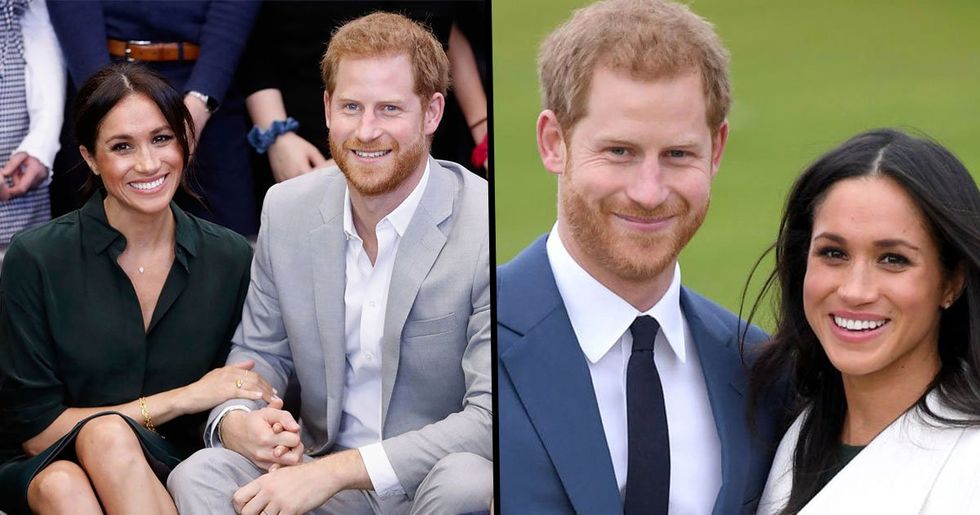 Baby Archie was eventually introduced to the world after much secrecy during Meghan's pregnancy. And now, we finally have a picture of him. There's been much fuss over who the little one will take after, so keep reading to see the highly anticipated picture. It's needless to say... he is too cute.

Whenever they were spotted together, they looked the living image of love's young dream, unable to stop catching each other's eyes and grinning. They subsequently announced their engagement in November 2017

And, as you'd expect, it was filled with adorable moments.

The couple together have always held a natural instinct with children.

So, people were naturally very excited at the announcement of the couple's pregnancy.

And people were quick to speculate who the baby will look like the most.

The formal post-birth photocall at St Mary's hospital has been a tradition for forty years.

Though we think we can understand their decision...

On May 6th, Harry and Meghan's first child was born.

Buckingham Palace announced the Duchess of Sussex has given birth to a baby son weighing 7lbs 3oz.

Though we didn't get a glimpse of the royal baby straight away...

Instead, a visibly ecstatic Prince Harry greeted the press and announced the safe delivery of his new son. Harry gushed, "How any woman does what they do is beyond comprehension, but we're both absolutely thrilled and so grateful for all the love and support from everybody out there." Our hearts.

The couple didn't publicly show their baby for another 2 days.

On May 8th, a whole 2 days after the birth, Harry and Meghan walked into a room of selected media in Windsor Castle, cradling "Baby Sussex."

And his name was revealed later that day...

On Instagram, of all places. Archie Harrison Mountbatten-Windsor was officially introduced to the world with an adorable candid shot of the full family.

Though Archie's full identity was kept under wraps.

The Duke and Duchess kept their baby pictures pretty private; they didn't share any pictures showing baby Archie's face for a long while and teased a picture of his tiny feet on their shared Instagram account, @sussexroyal.

To mark Father's Day, the couple shared a picture of baby Archie, who is seen nestled in Harry's arms, grabbing on to one of his fingers. It's the first picture in which Archie's face has been revealed, and it is adorable.

Details of his christening have also been revealed.

The couple have confirmed that they will be christening Archie next month in a traditional royal ceremony. The little one will be christened into the Anglican faith in St George’s Chapel, where Meghan and Harry were married.

And we can't wait.

If the stunning couple are anything to go by, Archie is going to be gorgeous - we're already bracing ourselves for the influx of photos from his Christening.