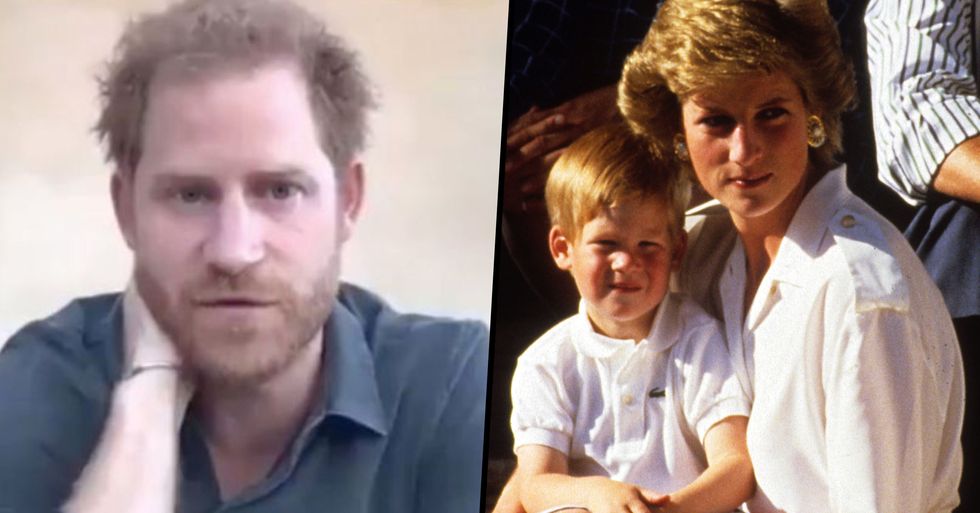 Prince Harry has candidly shared his regret over the final phone call he had with his mom, Princess Diana, just hours before she died.

There's no denying that Prince Harry has been through an awful lot...

Especially in the last couple of years since his marriage to Meghan Markle.

He and Meghan have faced an unbelievable amount of scrutiny...

And it's even lead to them stepping down from the royal family and relocating to Los Angeles.

And it all began when his mother, Princess Diana, tragically died when he was just twelve-years-old. This pain is clearly still with the young Prince and recently, he spoke of his regrets over his final phone call with his mom.

It all started back in 1977 when Prince Charles met sixteen-year-old Lady Diana Spencer.

After meeting only twelve times, Charles proposed to Diana. The pair announced their engagement in February 1981. During the broadcast, many remember Charles being oddly reluctant to say he was in love with Diana. They married on 29th July 1981 at St. Paul's Cathedral, and the wedding was watched by over 750 million people around the world, including Diana's three-and-a-half-minute walk down the aisle.

And none other than Prince Harry was born on 15th September 1984. However, although they were keeping up appearances, all wasn't quite so sunny in the relationship between Charles and Diana.

Charles and Diana eventually split in 1996...

And, by 1997, Diana was dating business mogul and son of Harrods owner, Dodi Fayed. Many speculated that the relationship was controversial to the royal family due to the fact that Fayed was a Muslim.

The car that the pair were traveling in through the Pont L'Alma tunnel in Paris suffered a horrendous crash, which was fatal for both Diana and Dodi, plus their driver, Henri Paul.

Because, alongside the world losing a real force for good, 2 young boys were left without their mother.

Over the years, as the boys have grown into men, William and Harry have ensured Diana's memory hasn't been forgotten...

And they regularly speak fondly of their late mom, who would have now been a grandmother to 4 grandchildren.

It's truly heartbreaking to think of how close Diana would have been to her boys...

And even though she is no longer with us, her love for her boys is still proven to this very day.

William and Harry were the most important things in Diana's life...

And in a private letter that was released by one of her butlers this year, she expressed how much she loves her boys and how she hopes they will be happy and stable in the future. It was very heartwarming.

But in more recent times, Harry himself has spoken about his final memories of his mother...

And his regrets over their final phone call.

2017 documentary, Our Mother Diana: Her Life and Legacy, has been rerun on both American and British TV channels this week.

William and Harry spoke candidly of their mom in the exclusive footage and, after vowing to never speak of their mom publically like this again, reminisced on candid memories.

But Harry brought up a memory that was particularly painful of him.

He spoke of his last phone call with Diana and how, at the time, he was keen to get back to playing outside with his cousins at the Queen’s Scottish retreat, Balmoral.

"If I’d known that that was the last time I was going to speak to my mother the things that I would – the things I would have said to her."

This is something Harry will sadly live with for the rest of his life...

But this hasn't stopped the Prince from growing into his mother's son, and we're sure she would be unbelievably proud of him.

For the most recent royal news...

Keep on scrolling to read about why fans of Meghan Markle are calling for the Queen to be stripped of her title...