Prince Is Getting an All-Star Grammy Tribute Concert | 22 Words 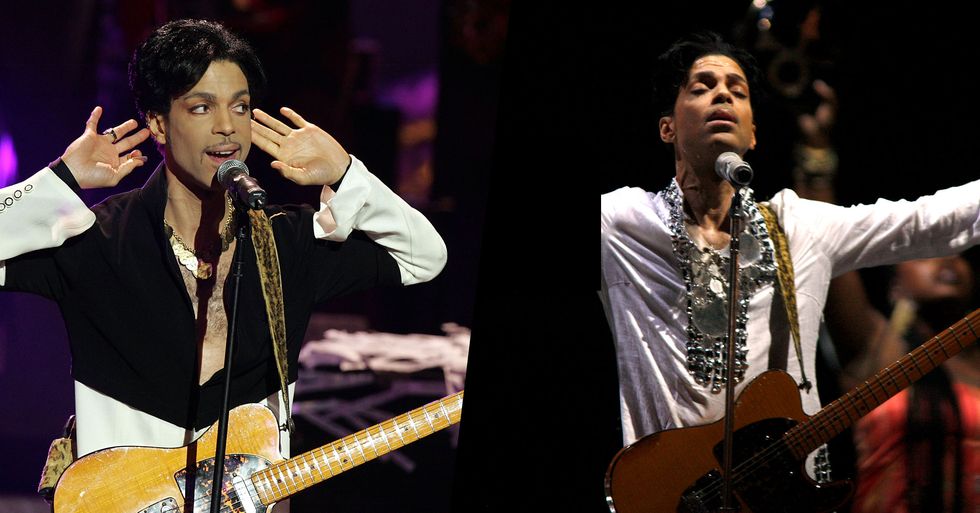 Prince Is Getting an All-Star Grammy Tribute Concert

There are some true music legends out there, and it's a sad reality that not many of them are with us anymore.

Prince is one of those legendary people and after his death in 2016, tributes still continue to be made.

It has just been announced that the late pop icon will be getting an all-star Grammy tribute concert.

Prince was an iconic musician.

The American singer/songwriter was best known for his genre-crossing work, his falsetto singing voice and his flamboyant stage presence.

And ever since, fans have been reflecting on his incredible life and the legacy he left to the music world.

He was born Prince Rogers Nelson... so his real name was actually Prince!

He was born into a very musical family...

His father was pianist and songwriter John Lewis Nelson, and his mom was jazz singer Mattie Della.

And a musical family means...

A musical upbringing. Prince went on to attend the Minneapolis Dance Theatre through an Urban Arts Program, and it was clear that the young man was destined for success.

In the mid-70s, Prince began to make a name for himself in the music world.

His early music career saw the release of Prince, Dirty Mind and Controversy, which drew attention for their fusion of religious and sexual themes - a very bold move at the time.

Then came along Purple Rain...

The 1980s saw Prince rise to the top, with the release of popular albums such as 1999 and Purple Rain with his band the Revolution.

It even served as the soundtrack to the film of the same name, grossing almost $70 million at the U.S. box office.

But his time with the Revolution was to be short-lived...

The early 1990s marked the launch of the New Power Generation, Prince's latest band that featured a blend of contemporary R&B, hip-hop, jazz and soul along with the vocals of Rosie Gaines.

Prince went on to collaborate with many other artists...

He proved himself to be a well-established and in-demand collaborator, working with people such as Sinead O'Connor, Alicia Keys, and Tom Jones.

In similarity to a lot of famous musicians...

Prince took some time out of the limelight following the lack of success of Love Symbol Album, which created a lot of tension between the singer and record label Warner Bros.

He gave an incredible performance at the Grammy Awards with Beyonce, which was the same year when he was inducted into the Rock and Roll Hall of Fame.

His last album was HitnRun...

And Prince refused to conform to the acceptable standards of performance, and he continued to take political stands with his performances until the very end. His attitude and contributions earned him many accolades, including being titled as the greatest Super Bowl performer ever, being one of TIME's most influential people, earning a Lifetime Achievement Award, and an induction into the Grammy Hall of Fame.

Prince's health was rapidly deteriorating in 2016...

And on April the 21st of that year, he sadly passed away after being unwell with the flu in the upcoming weeks to his death. It was found a few weeks after his death that the singer was addicted to pain medicine, which was a contributor to his early passing at the age of fifty-seven.

The singer has been honored and remembered ever since...

And now, a Prince tribute concert is set to take place after the 2020 Grammy Awards later this month.

It is happening very soon...

Rolling Stone confirmed the plans for the concert, which is called Lets Go Crazy: The Grammy Salute to Prince, and it will be held January 28th - 2 days after the Grammys - at the Los Angeles Convention Center and will be broadcast in April.

It is a star-studded lineup...

Speaking with Rolling Stone, Sheila E. says she and her band will be supporting most of the performers throughout the night while also getting her own set...

"I was very honored to be able to do this for so many reasons, but to be able to help celebrate the life of a dear friend and be a part of this and be a musical director is awesome," she said.

Prince has been labeled as one of the greatest of all time...

In a statement, Recording Academy President/CEO Deborah Dugan said to Rolling Stone, “Prince. The Purple One. His Royal Badness - regardless of how you identify him, he is indisputably one of the greatest musical virtuosos of all time. With his subversive attitude and commanding nature, he straddled musical genres and created electrifying music that was bursting with character. He continues to serve as an inspirational icon for artists and fans worldwide, and we are so honored to pay tribute to his legacy."

This won't be the first Grammy Salute concert, however...

Previous Grammy Salute concerts have been held, honoring artists such as The Beatles, Elton John, The Bee Gees, Motown, and Aretha Franklin. We salute you, Prince!