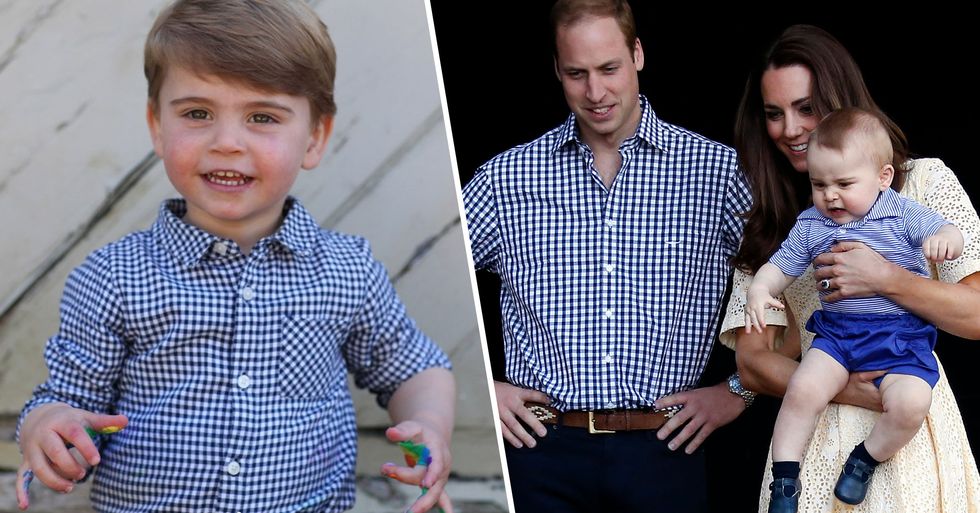 The royal family has to adhere to specific guidelines when it comes to fashion. The protocol requires them to dress in such a style that is both chic and modest.

As we all know, the Duchess is a style icon, but the thing about turning to the same designers, again and again, is every so often, it results in outfits popping up twice.

Take a look at the adorable photos of the little Prince's and Princess twinning with their parents, as well as the adorable new birthday pictures of Louis!

I mean, Prince George and Prince William could literally be the same person!

And that's not the only time he's taken style advice from his dad...

They've even had a family twinning session...

Can I please join their family.

Is it wrong to be jealous of a child? Because I am. Like extremely jealous.

Yesterday, the Duke and Duchess of Cambridge shared new photos of their youngest Take a look at how similar prince Louis is to his dad...

The pictures were released a day ahead of Prince Louis' birthday.

In the Instagram pictures, Louis can be seen wearing a blue checkered button-down shirt, and we're sure we've seen that somewhere before...

During a trip to Australia in 2014, when Prince George was a baby, Prince William coincidently rocked a similar outfit.

Prince George was photographed wearing an almost identical outfit to his younger brother, while at the Sydney Taronga Zoo.

This outfit combo is clearly a staple in the royal's wardrobe, but no matter how often they wear it, it's still just as cute to see the father-son duo pull off the same attire.

Kensington Palace's Instagram caption read: "Sharing a sneak peek of Prince Louis’s handiwork ahead of his second birthday! 🎨," Take a look at the adorable pic below...

Kate, being the photography aficionado that she is, captured her youngest son perfectly in these snaps...

The Cambridges are quarantining during the ongoing pandemic, at their country estate in Sandringham, UK. We can't wait to see some more cute outfit collaborations! Keep scrolling for the most heartwarming response Prince William gave about how he'd react if any of his children came out as gay...