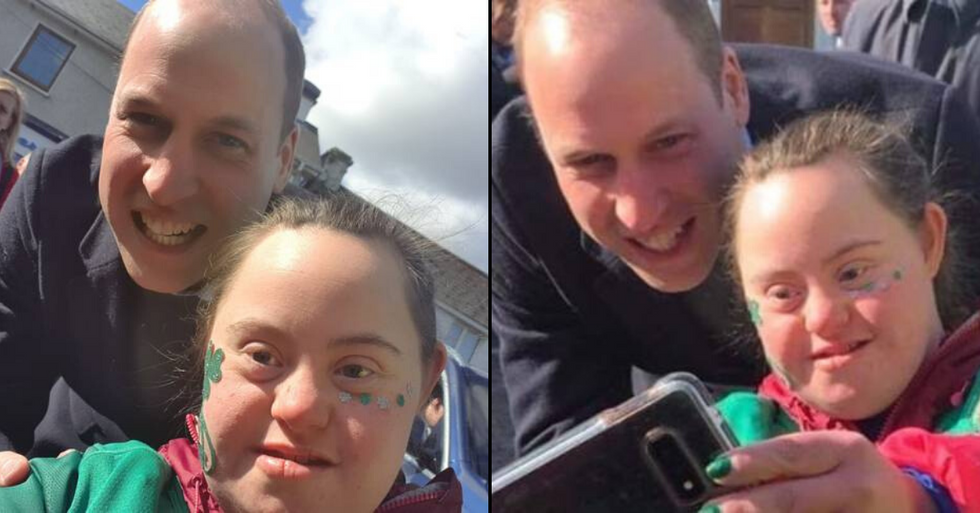 Prince William Breaks Royal Protocol To Have Selfie With Fan

During a recent visit to Northern Ireland, Prince William broke traditional royal protocol when he took the time out to sign autographs and take a selfie with a fan.

The British Royal Family are the most famous family in the world.

So, it comes as no real surprise to hear that William recently went to extra lengths to please one of his fans.

On Tuesday, Wills and Kate embarked on their official royal visit to Ireland, which has been planned in an attempt to "focus on the relationship between the UK and Ireland."

Yesterday, the couple tried their hands at a spot of Hurling in Galway...

And enjoyed the occasional pint of Guinness. Because, when in Ireland...

But they also took some time out to meet members of the public along the way...

And this is when they crossed paths with Jennifer Malone.

Now, Jennifer Malone is an expert when it comes to meeting celebrities...

As last year she was able to meet Hugh Jackman at one of his concerts.

So, you can only imagine her excitement when the Duke of Cambridge visited her home town of County Kildare on Wednesday.

And he even posed for a series of photos with the young girl, which were posted to Twitter by her mom, Donna Malone.

But, by posing for the selfies with Jennifer...

Typically, royals aren't allowed to pose for photographs or sign autographs for members of the public...

But kind-hearted William decided to make an exception for Jennifer.

People have praised the Duke of Cambridge for taking the time out to take a selfie with Jennifer...

He truly is Diana's son. For more on Prince William, keep scrolling to read about his stance on the LGBTQ community, and what he'd say if any of his children came out as gay...