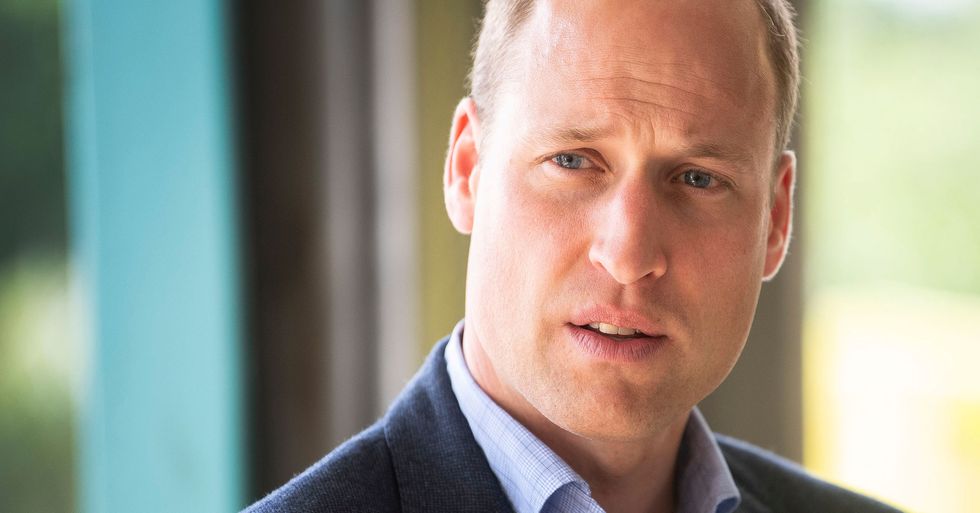 Chloe Rowland
Prince William has stirred up controversy among royal fans this week, after a clip from a new interview surfaced online. Safe to say, people are far from happy...

People are less than impressed with Prince William.

Fans are saying they have been left feeling "uncomfortable" after listening to a recent interview featuring the Duke.

Yes, even more famous than the Kardashians.

Prince William is the elder son of Prince Charles and the late Princess Diana.

Since birth, he has been second in the line of succession to the British throne.

William began accompanying his parents on official visits at an early age.

In 1983, he accompanied them on a tour to Australia and New Zealand, a decision made by his mom, Diana. At the time, the move was considered to be unconventional because the first- and second-in-line to the throne would be traveling together, and because of William's young age.

Diana wanted him and his younger brother Harry to have more experiences than are usual for royal children.

Diana notably took her sons to Walt Disney World and McDonald's, as well as AIDS clinics, and homeless shelters. She even bought them items typically owned by teenagers, such as video games.

William was educated at 4 schools in the UK and studied for a degree at the University of St Andrews.

Like many of us, he even had a gap year, during which he spent time in Chile, Belize, and Africa.

The car that Diana was traveling in through the Pont L’Alma tunnel in Paris suffered a horrendous crash. Diana was taken to the nearby Pitie-Salpetriere Hospital, where she was pronounced dead. The exact cause of the crash has long been up for debate, with some questioning the sobriety of the driver, and others blaming the irresponsible driving of paparazzi photographers.

William and Harry were left without their mother.

Over the years, as the boys have grown into men, William and Harry have ensured Diana's memory hasn't been forgotten, and regularly speak fondly of their late mom, who would have now been a grandma to 4 grandchildren.

William now has a family of his own.

In 2011, he married Kate Middleton, and the rest is history.

William and Kate have long been royal favorites.

William met first Kate at the University of St Andrew's in Scotland in 2001.

Princess Charlotte became the first female royal to retain her claim to the throne, despite having a younger brother.

The birth of a son meant that he would leap over any older daughters in the line of succession.

But this week, Prince William has got on the wrong side of fans.

William appeared as a guest on the Peter Crouch Podcast for the BBC, but it seems not all fans were happy about it.

The Duke appeared on the episode to chat all things football, lockdown, and mental health.

William has always been keen to use his voice to speak out about mental health. "We're hoping that renaming it is a big enough statement that the UK will show the world, and the football world in particular, that mental health really matters," he says to Crouch during the podcast.

But, not everyone enjoyed William's stint on the show.

Because as soon as the clips reached Twitter, people instantly began to troll him.

Reactions well and truly poured in...

Some people accused the Prince of being "performative," and trying to act down to earth.

Others made digs at one joked he cracked, in particular.

If these tweets are anything to go by, the joke didn't land.

Reactions were strong, to say the least.

Many ruthlessly trolled William, mocking him for trying to be "just like us."

Some branded the clip all-out cringy.

We don't think the interview has had the intended effect...

This really seems to have backfired on him.

Some went as far as to brand his guest appearance as "horrible."

While also called him a "snob."

It's safe to say people weren't a fan of the interview.

Watch the clip in question below:

What do you think? Is it really that bad? If you want to read more about Prince William, scroll on to see the adorable moment he twinned with Prince Louis...