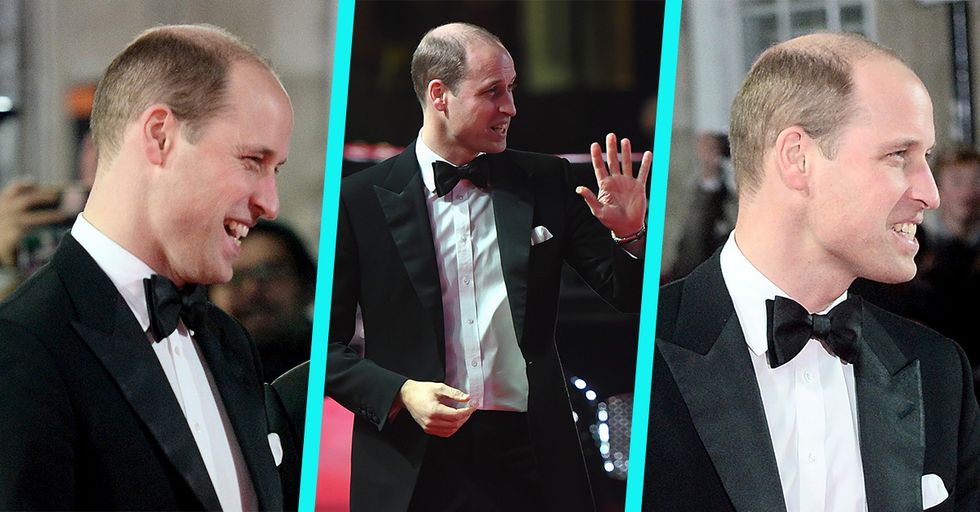 Prince William Finally Shaved His Head, and Honestly, We're Kinda Into It

Gasp, shock, horror, yes, I know, I know. Like every other woman of a certain age, the thought of all that royalty is supposed to leave me in an orgasmic stupor as I dream of of the day when I too can wear a crown on my head.

But honestly, I don't get the whole royal thing. All that gadding about wearing crowns and such and waving does not appeal to me. Sure, I'd love to swan about Buckingham castle in a bathrobe (who wouldn't?) but it looks like an awfully drafty endeavor.
I'm cold sensitive, and that place does not look heated. Also, I hear it's in need of repairs to the tune of £370 million. That's a whole lot of change. 513 million worth, in dollars. Call me when all the rooms are heated.
Also, there's the fact that the royals literally cannot get out of the public eye. From the day they're little until the end of time, people will follow them and take pictures and generally act a nuisance.
Now, I'm not saying I feel bad for the royals – after all, they're the biggest welfare recipients ever, living off the public dole to the tune of millions, as it were. All I'm saying is, I wouldn't want to be them. And by them, I mean I wouldn't want to be Prince William.
Poor Will – can I call him Will? He's been in the public eye since the death of his mother, the universally beloved Princess Diana. We've seen his awkward phase (wait, did he ever have one?) his break ups and make ups with Kate, and his hair loss.

The timeline of Will's disappearing hair starts in 2009, when he was working in the British military. It was all downhill from there, with Will's hair visibly thinning in photos thereafter.

By the time he married Duchess Kate at Westminster Abbey in April, 2011, he had a full on thin patch going.

People have speculated where he inherited the baldness from, but his father Prince Charles still maintains a healthy head of hair, although he exhibits male pattern baldness.
As Express, a UK publication, explains, "hair loss affects a large number of British men, and male pattern baldness is a fact of life for sum. Male balding is genetic, and is generally caused by testosterone." Now, Prince William is taking back his power.

This week, the Prince debuted a new look, and for the first time, I can actually say I've experienced a tingling of something dangerously close to attraction. Now, he's no Vin Diesel, but he's getting there, and I can appreciate a man with confidence. And that bald head, a total plus.
I'm not the only one enthused by the Prince's new look, many other people on social media have been commenting. It seems Will has new fans. Now, if only he would consider growing a beard...

Your family do beards so well. I'll even lend you some beard oil. pic.twitter.com/AFIW22xrUd