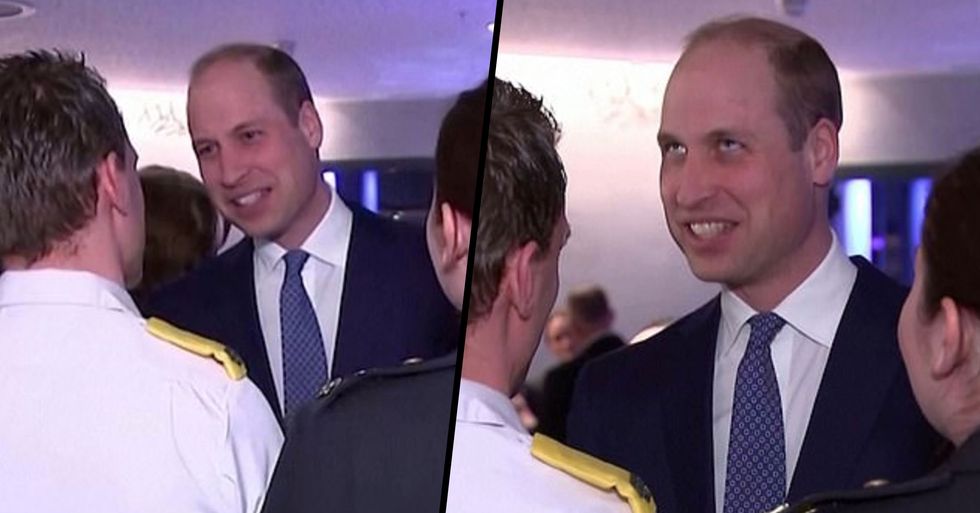 It is certainly not a thing to be joked about, but sadly, many internet personalities out there have been poking fun at the global pandemic.

And now, Prince William is the most recent to make an insensitive joke.

This is certainly nothing to be joking about...

But, of course, many people have been taking to the internet to poke fun at the pandemic and even profit off the outbreak.

But the most recent person to make a joke about the virus is an unlikely one...

And that person is His Royal Highness Prince William.

The future King of England and Kate Middleton have been in Ireland for the last few days...

And yesterday, the Duke and Duchess of Cambridge paid a visit to Dublin's famous Guinness storehouse.

Of course, the couple enjoyed a pint of Guinness at the storehouse...

And they were introduced to a range of guests from film and TV, sports, sustainability and environment, creative and cultural Ireland, education and research, the charity sector and uniformed services.

The Duke was engaged in conversation with Joe Mooney, an advance paramedic with the National Ambulance Service...

He asked the paramedic how he was coping with the coronavirus outbreak, and he said, "I bet everyone's like 'I've got coronavirus, I'm dying', and you're like 'no, you've just got a cough'."

Prince William then asked if the whole thing was a bit "hyped up"...

"Does it seem quite dramatic about coronavirus at the moment? Is it being a little bit hyped up do you think in the media?" he then asked.

His joke then took a turn for the worst...

"By the way, the Duke and Duchess of Cambridge are spreading coronavirus, Sorry. We're keeping an eye on that, so do tell us if we need to stop," he joked to his peers' horror.

The Duke's joke comes just days after the Queen wore gloves to present honors during an investiture ceremony...

Meaning that the coronavirus pandemic has been taken quite seriously by his powerful grandmother.

Of course, people are not happy with the Duke...

Many have reminded us of the fact that "death isn't funny" and it certainly isn't something to poke fun at.

People didn't appreciate him referring to it as a "media hype"...

Especially those who have been affected by this pandemic.

You can watch the video of Prince William discussing the coronavirus here...

Make sure to stay tuned for this developing story.