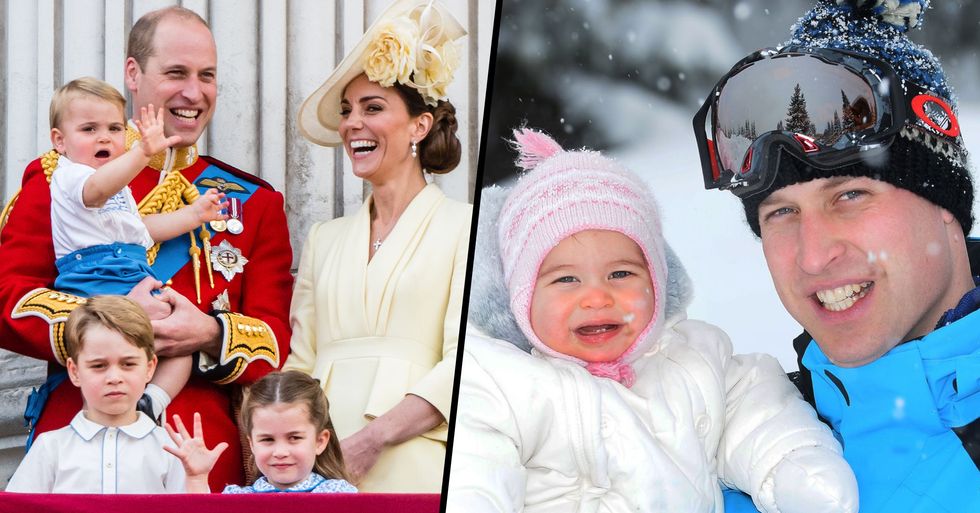 For dads, mastering the skill of styling their daughters' hair can be something of a challenge - and it seems to be a struggle that even a royal faces.

Prince William has been learning the ropes of hairstyling for his only daughter, Princess Charlotte, and it's the sweetest thing ever...

The Royal Family are the most famous family in the world.

Either-way, there's no doubt that Princess Charlotte is utterly adorable.

And now we bring you something even more sweet about the tot...

Prince William has been trying his hand at styling Charlotte's hair.

Like many dads, he's been attempting to master the art of styling his daughter's hair.

During a trip to Blackpool, UK, last year, William bonded with another father over the struggles of hairstyling...

Although it seems he's finding things a lot harder than he thought.

Its been no easy feat...

According to People, Prince William has been learning the basics from YouTube tutorials.

Although he hasn't quite got the knack of everything just yet...

And there's one particular hairstyle that's causing the Prince some major issues...

The simple art of the ponytail has been a source of frustration for William...

According to People, "Never try to do a ponytail!" he said. "Nightmare."

How sweet would that be? Want more on Wills, Kate, and the kids? Keep scrolling to find out how William said he'll react if any of his kids came out as gay.