Princess Maria Galitzine's Cause of Death Has Been Confirmed | 22 Words 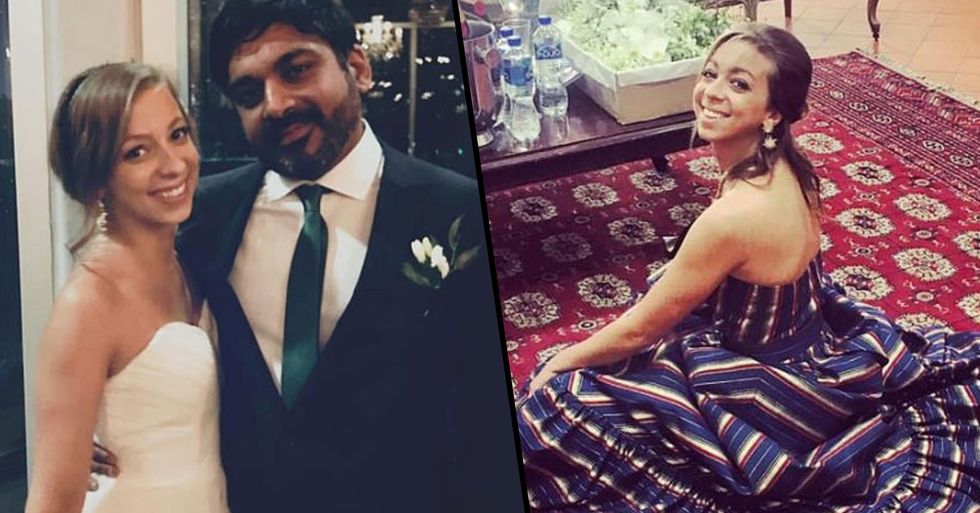 Princess Maria Galitzine's Cause of Death Has Been Confirmed

The devastating news has just broken that Princess Maria Galitzine has died suddenly. She was just thirty-one-years-old.

Keep scrolling to read more about this beautiful person and what caused her untimely death...

The tragic news has just come in that Princess Maria Galitzine has passed away.

As a descendant of Emperor Charles I of Austria, Maria was born in Luxembourg and attended school in Moscow.

Later on, she moved to Belgium.

Here, she went on to study at the College of Art & Design.

Afterward she lived and worked in Brussels, Chicago and, most recently, Houston.

The late royal had a lustrous career in interior design and furnishings.

In September 2017, she married Rishi Roop, the executive chef at Hotel Derek in Houston...

The couple wed at her parents' home.

Shortly after, the newlywed couple welcomed their first child...

A baby boy named Maxim, who is now 2-years-old.

At Maria's obituary, her son was described as "the apple of her eye."

Maria led a relatively private life away from the public spotlight, but her sister Tatiana Galitzine Sierra, shared some insight into the family's life. "My life is completely normal unless we are invited to royal weddings. My mail sometimes says 'Princess Tatiana.' What was weird was when I went from 'Princess' to 'Mrs.' I had been a princess all my life," she told The Houston Chronicle.

She passed away just 6 days before her 32nd birthday.

The tragic news was confirmed in an obituary published in The Houston Chronicle on Wednesday.

The late princess was laid to rest today in Houston.

According to her obituary, Maria was laid to rest on at Forest Park Westheimer Cemetery in Houston.

People across the globe have been offering their condolences.

The news has shocked many.

Especially since she was so young.

Thirty-one is no age to lose your life.

People have described the princess as "humble" and "kind."

The fact that the princess has left behind a youngster is even more heartbreaking.

We cannot imagine what her family is going through right now.

Her death has rocked many...

And even those who don't know her have been left feeling heartbroken.

Her cause of death has been revealed just hours after this tragic announcement.

Her death was unexpected and sudden.

An obituary published by the Houston Chronicle confirmed that the princess died suddenly from a  "sudden cardiac aneurysm."

Even though a cardiac aneurysm is very uncommon for a person of the princess' age...

Her death isn't being considered suspicious and it has no relation to the global pandemic.

Our thoughts are with her family and friends during this difficult time.

Princess Maria Galitzine leaves behind a 2-year-old son with husband Rishi Singh. May she rest in peace. https://t.co/ykVdDfaKNG
— The Real (@The Real)1589493200.0