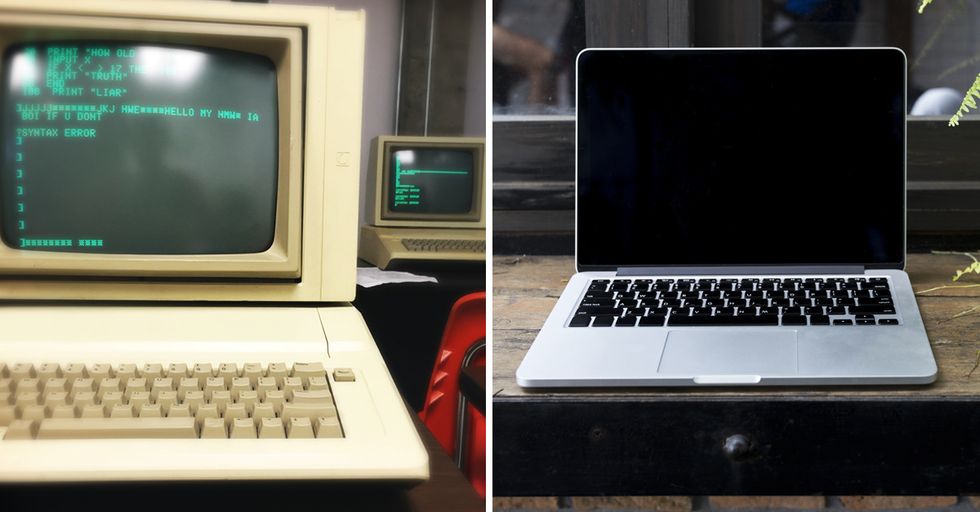 Former Prisoners Reveal What Shocked Them the Most After Being Released

Imagine being locked inside a cell for years, not knowing what is going on in the outside world. Imagine realizing how much has changed while you were in prison. Technology has drastically improved, fashion trends fluctuate, and politics are completely different than they've ever been. You've come to find that the world around you never stopped moving while you were locked away.

I'm sure it would be difficult enough to adjust to all the changes around you, but it's truly hard to imagine the culture shock that one might feel while trying to begin a normal life again. The everyday tasks and luxuries that we consider to be simple become a huge shock to those who have been incarcerated for years.

You'd be amazed at the things that shock these past inmates the most. From cell phones to computers to prices of gas, all of their answers have been interesting and shocking.

Many recently released inmates need time to adjust and figure out how to reenter the world after being locked away. A recent Reddit thread opened up the conversation for people to share stories of the things they were most shocked by after being in prison anywhere from 10 to 20 years.

My celly was locked up for 20 years before he was in jail with me. He got locked up again for beating up somebody who was talking bad at a bus station. The guy he beat up was talking to someone else on a Bluetooth headset.

Who are you talking to?

Bluetooth is a fairly new, but incredibly common technology. Seeing someone walk around talking to themselves would definitely be shocking to see for the first time.

My dad is a prison chaplain. One of his inmates had been in for about 30 years and got out last year. My dad got a call from him a few days later: "Chap! Did you know they have toilets that flush themselves?!?!" -RustyPainter

There currently is toilet technology that I'm not even aware of. It's understandable to be shocked by your toilet flushing itself.

10 years ago I went to a sort-of internet cafe where you use the computers to job search, create resumes, etc. I sat down by an older gentleman who just stared into the screen with his hands in his lap. An employee came by and asked him if he needed help, which he agreed and stated he had been incarcerated for like 30 years and had never used a computer. -ViralOner

There is so much to learn about the internet and many online trends to understand. How would we even explain memes to someone? The internet is a weird place and if you don't know anything about the internet or how to use a computer, it would be a drastic change to adjust to.

I was told a story by this ex-felon who had a cellmate that finally got released after 30+ years in prison. He gave the guy his phone number because he knew that transitioning into the real world would be rough.

He went on to say that he got a call from his cellmate, at a grocery store in a corner crying because the selection in the store was too much for him to handle. Mostly the different varieties of items, different brands have grown in the past 30+ years. Also, the use of self-checkout machines can be confusing.

Grocery stores can be overwhelming with so many brands to choose from and new foods being sold every single day. Food trends have changed as well so there is a lot to learn about.

Saw a dude on the news who'd been in jail for like, 50 or 60 years. He said the craziest thing was seeing all the crazy colored Gatorade's. That and he thought everyone was an FBI agent because of their earbuds. -GenocidalArachnid

With so many headsets and Bluetooth accessories, who knows who's apart of the government or not?

My mother was released after a 15-year prison sentence. The weirdest thing to her is the cell phones. She thinks it’s crazy that everyone is attached at the hip to their phones. And that you can look anything up in an instant. Also gas prices. They definitely threw her for a loop. She offered to gas my vehicle up because I helped her run some errands....she didn’t realize that it was going to cost $50 lol. -KommandoKracker87

I'm still shook by gas prices, I don't think I'll ever get used to it.

I remember working at McDonald's and having an ex-convict come in and being outraged at the prices. A Big Mac was twice the price he was used to. -Tapko13

If anyone knows Ronald McDonald, we need to sit down with him and tell him that the Big Mac is too expensive and their prices are shocking to people.

Not a felon, but I did have a lengthy phone call with an ex-con at work once where I went in circles trying to explain the concept of attachments to emails. I also had to explain that fax and email were separate things. -Quasi-Paradoxical

People still get confused about fax machines and email attachments. Maybe everyone needs an updated lesson on how to successfully use their email and fax machines. Wait do people even use fax machines anymore?

I went to rehab a few years ago and one of the guys there with me just got out of prison after a 20-year sentence for being a huge meth dealer. He said cellphones blew his mind and he’s so confused about gas pumps now because of the option to pay with cards at the pump and how different they look.
-fortyhandz1738

Clearly, people don't know how to act at gas stations anyways, so maybe nothing has changed. Or it's gotten worse.

In 2015 I met a guy who went to jail in 1997 and had just got out. The big thing he noticed was that there weren't as many large groups of youth out and about like when he was a kid. He said the saddest thing he saw was going to the local park and seeing almost nobody there at 6 pm, when he went in the 1990s there were typically 50-60 young people hanging out skating around and socializing. He said people aren't out on their stoops socializing as much, he doesn't see nearly as many people out and about on Friday and Saturday nights.
-willmaster123

Kids do like to stay indoors and there aren't nearly as many children outside playing anymore. It's sad to see the streets so empty, the playgrounds look so lonely.

I was in jail before, during, and after the 2016 election and it was weird to see people slowly find out that Trump had become president. The police didn’t tell anyone who had won and we had to wait for all the new inmates to come in. Most people thought they were lying when they said Trump won especially people who had been in since before Obama. -assballsandspagett

We can't believe it either. Two years later and I still have no idea how we let this happen.

A friends older brother was in prison for 8 years from 2003 to 2011. He was most shocked about how much movies had changed and how much detail they had now.
-catsgoingmeow

I wonder if they've seen Inception yet because that might be the most confusing movie I've ever seen. Not sure I'll ever fully understand it.

My best friend got out in January after twelve years. He can’t handle the awesomeness of Netflix. Also booking shit online. I'm Still teaching him Amazon. Oh, and you pick your seat at the movie theater...I’m not really over that yet either.  -tictactroy

Binge watching. It's a lifestyle.

I used to work in prison, I recall a lifer going out for the day and being mind blown by ATMs and the moving conveyor belts at the supermarket.
-Bae_7

Annoying, confusing, frustrating. Just give me my freaking money so I can go spend it on unnecessary items.

A friend of my dads was released a while back. He was in for about eight years and the other day he was talking to my dad about how vaping is so healthy for you, and he has individual ringtones for each of his contacts. He's hilarious, but we don't mention anything about how behind he is.
-sluyvreduy

Vaping is one of the weirdest trends ever and it's obnoxiously popular. But I'm a fan of the personalized ringtones. Does anyone remember using callback tones? Those were the good old days.

I worked with a lot of felons. One guy had been in prison for 38 years. He said everything is different. The cars are so different and quiet.
-Myfourcats1

You could never hear a Prius approaching because those things move in almost complete silence. Its stealth is shocking.

A lot has changed

Our world is moving fast and it is not waiting for us to catch up. The culture of our country is always changing and when you stop to think about those who have been incarcerated, these changes can be drastic.

It's a lot to take in