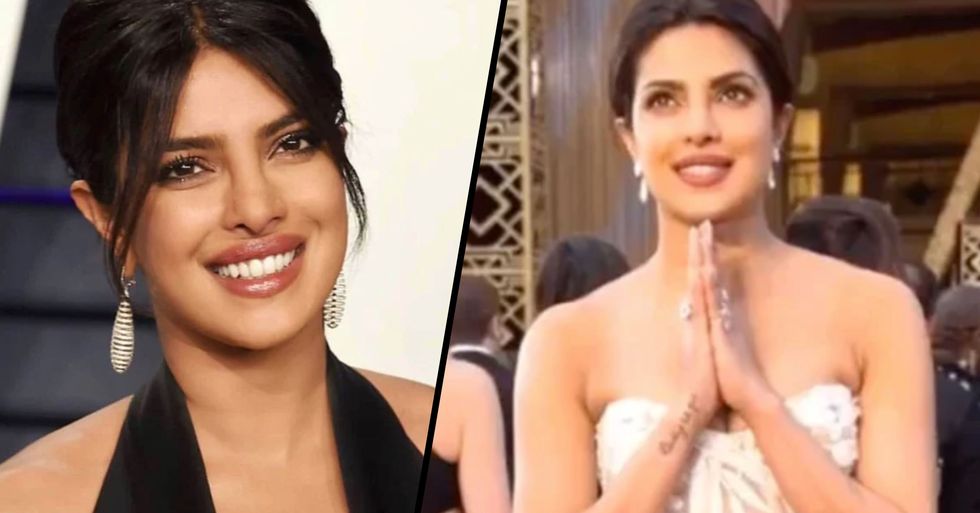 Priyanka Chopra Slammed for Her Response to the Coronavirus Outbreak

As the coronavirus continues to cause destruction on a mass scale, more and more people are trying to raise awareness about the issue and how to protect yourself. While the majority are giving us helpful information, some have opted to go for some slightly weird advice... Cue Priyanka Chopra.

Keep scrolling for all the information you need to know including why her "insensitive" post sent the internet into a furious meltdown...

So far, over 3000 people have been confirmed to have been infected with the virus, and sixty-nine have reportedly died.

While some people are using their platform to give us helpful advice...

Others have opted to take a different approach.

The Bollywood actress turned Hollywood superstar has made an impressive career for herself in the entertainment industry.

And back in 2018, she coupled up with another American sweetheart.

Priyanka Chopra and Nick Jonas tied the knot in December and had the wedding of all weddings.

It was the talk of the town.

The couple and their loved ones flew out to India to celebrate and the event became a national event. Seriously, even the Prime Minister of India went and wished them well! Talk about A-List...

The ceremonies spanned over a couple of days...

After having their traditional Indian ceremony, the couple had also had their dream Western wedding. And it was beautiful, to say the least.

Being one of America's most prized couples, you would think they could do nothing wrong...

But lately, Priyanka Chopra has been on a downward spiral when it comes to angering her fans and other social media users.

But his wife has got herself into some hot water again... Yikes!

First, it was her insensitivity when it came to the civil unrest happening back in her home country, which stretched into neighboring countries.

And while half of South Asia was on the brink of a war...

Priyanka Chopra decided to get involved and influence as many people as she could into believing the Indian Army was doing the right thing by causing destruction against protestors and people of different faiths/backgrounds.

You would never think she was a UN Ambassador for Peace, would you?

After a petition went around to get the title stripped from her, she gave us all an explanation (kind of), at a fan meet as to why she did it, claiming she was only trying to be "proud" of her Indian heritage.

I mean, we can all be proud of our backgrounds without fuelling war...

Let's just say it was a completely messy situation.

And after such a blunder, you would think she'd want to keep a low profile...

But not Priyanka Chopra, no!

During this coronavirus outbreak, she decided to tweet a video...

Of her claiming "Namaste" was the answer to this pandemic and in some ways, it may be, because the greeting doesn't require those involved to touch in any way in order to stop the spread of germs.

The problem for some people is the actual video.

Keep scrolling to see the full thing so you can decide for yourself if it was really as insensitive as people think.

The online debate was heated.

People were outraged, to say the least. No one could get their head around why she decided to post such a montage.

Some referred to it as narcissistic.

Her focus has always been HERSELF and her rise to fame. For the role she claims she plays in society, she could do… https://t.co/SGNFctJRBw
— Female Hndrxx (@Female Hndrxx)1584215579.0

And they also brought up those old war scars...

A lot of people agreed that it was somewhat arrogant of her...

Is it just a publicity stunt?

While others were a little confused...

The video seems very unnecessary when it comes to this global pandemic.

It does seem a little weird...

I understand warning everyone about the dangers of spreading germs and alternate methods of greeting... But the video... It's so out of touch.

Someone also commented on this saying:

It's a tragedy, isn't it? A quick shoutout to Nick Jonas for being so unproblematic.

Some people had other worries...

It's true, there are many other things that require our focus. However, what seems to bother people is the fact that some celebrities are "profiting" from it.

I want to know what went thru her head before deciding to post a montage of herself saying namaste to address a fuc… https://t.co/iYn74BTvdU
— Female Hndrxx (@Female Hndrxx)1584083712.0

Do you agree that it's sensitive or that Twitter users have just taken things a little too far?