Professor Due to Resign Over Controversial Tweets Found Dead | 22 Words 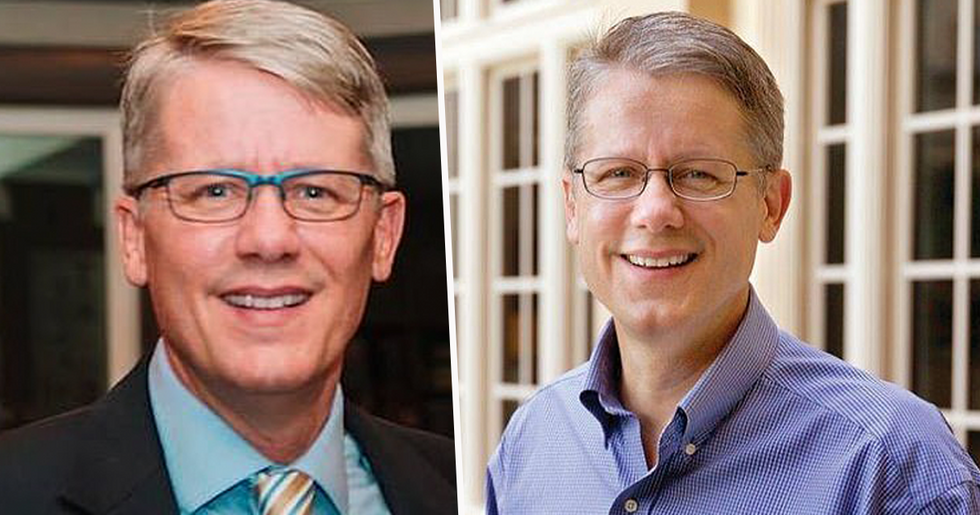 Professor Due to Resign Over Controversial Tweets Found Dead

A controversial professor who had been due to resign over his recent tweets has been found dead at fifty-five years old.

Adams taught criminology at the University of North Carolina.

However, he has been landing himself in controversy for years.

Adams raked in criticism for his politically incorrect books and social media presence.

Aside from his career in the lecture theatre...

At the time, a student attempted to sue him over access to his private emails, having asked for comment on the theory U.S. foreign policy was to blame. However, the debate established that the emails were not part of the public record.

In more recent years, Adams' tweets had been subject to criticism.

He became known for voicing extremely controversial views on the popular site.

For example, in 2016, he slammed Black Lives Matter supporters.

“Black Lives Matter supporters are either racist, emotionally unstable, or suffering from severe intellectual hernia. Or all of the above." In a separate post that year he wrote, “When someone kills a cop you know his last words were probably either ‘Allahu Akbar’ or ‘Black Lives Matter,’" he wrote.

In fact, he regularly commented on the movement.

The tweets were unearthed in light of a 2016 BuzzFeed article.

He has also been slammed for his anti-LGBTQ+ views.

This 2010 tweet recently resurfaced, in which he uses a homophobic slur.

And this is just the tip of the iceberg.

Adams has also written 2 books that raised a lot of eyebrows - Feminists Say the Darndest Things: a Politically Incorrect Professor Confronts 'Womyn' on Campus in 2008, and the more recent Letters to a Young Progressive: How to Avoid Wasting Your Time Protesting Things You Don't Understand in 2013.

But in recent weeks, he had once again hit the headlines...

This time for his commentary on the coronavirus pandemic.

Stemming back to May, the former professor posted a string of questionable tweets about the pandemic.

And people couldn't believe what they were reading.

At one point, he suggested shutting down Women's Studies.

"Don't shut down the universities. Shut down the non-essential majors. Like Women's Studies," he tweeted.

Just the following day, mere days after the death of George Floyd, he tweeted: "This evening I ate pizza and drank beer with six guys at a six-seat tabletop. I almost felt like a free man who was not living in the slave state of North Carolina. Massa Cooper, let my people go!"

He claimed his comments had nothing to do with race and were in reference to Governer of North Carolina Roy Cooper's handling of the pandemic and lockdown measures.

Nevertheless, he continued to fill his social media with controversial comments.

At one point, he branded Roy Cooper as a "fascist," as well as saying people who wear masks in public look like "fools."

Following the tweets, there was complete outcry.

And an influx of people called for him to resign from his position at the university.

Multiple Change.org petitions to have him sacked were set up shortly after, garnering more than 60,000 signatures.

At the time, UNCW condemned the tweets, branding them "vile and inexcusable," but didn't show signs of urging him to resign.

Although, this didn't go down too well with Adams.

Who posted this tweet in light of those urging the university to fire him.

Adams eventually agreed to step down in light of a $500,000 settlement from the university for lost salary and benefits.

Shortly after the news emerged, the university issued a statement.

"Over the past several weeks, many of you have inquired about the status of a UNCW faculty member, Dr. Mike Adams, in light of the public attention generated by comments he made on his personal social media channels," Chancellor Jose V. Sartarelli said in a statement at the time. "We can now share the update that after a discussion with Chancellor Sartarelli, Dr. Adams has decided to retire from UNCW, effective August 1, 2020."

Adams was just one week away from stepping down...

When on Thursday, the news was broken that he died, aged fifty-five.

Reports state that he was discovered at his home at 2 p.m.

His body was found during a welfare check.

The official cause of death has not been revealed.

In spite of his controversies, tributes from his supporters have been flooding in online.

People have been offering their condolences.

The YAF was among those paying tribute to the former professor.

We are devastated to hear of the passing of @MikeSAdams. Professor Adams was a beloved freedom fighter and YAF spea… https://t.co/eVd6GgrAij
— YAF (@YAF)1595545778.0

"Professor Adams was a beloved freedom fighter and YAF speaker."

Thoughts are with his friends and family at this difficult time.