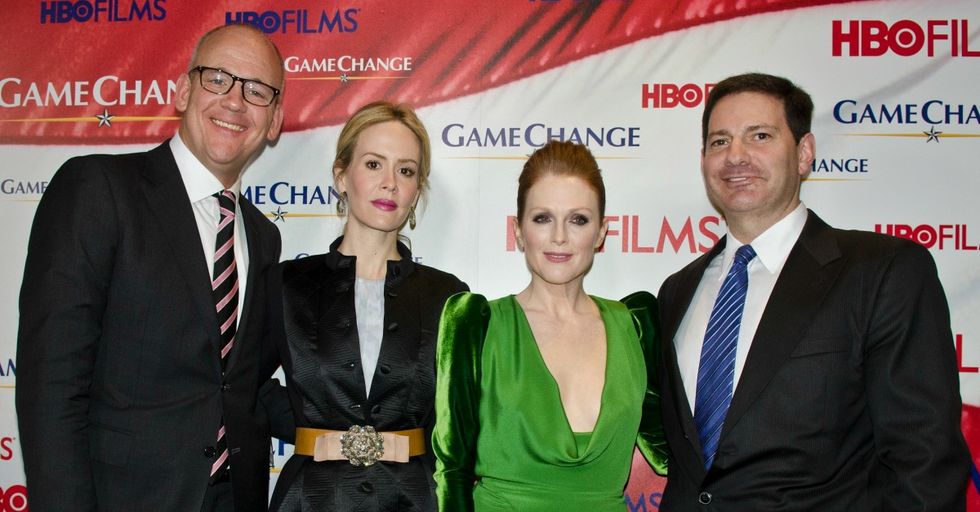 Women have started to feel safer stepping forward with accusations of sexual assault since the bombshell report about Harvey Weinstein was released just a few short weeks ago. Since then, hundreds of women have claimed they've been assaulted and harassed by other famous men, including movie director James Toback, Ben Affleck, former president George H. W. Bush, and author Elie Wiesel, to name a few.

Now, prominent journalist Mark Halperin is the latest to be outed as s sexual predator. Five women have come forward with allegations against the journalist, which has resulted in his suspension from his current positions as an analyst at NBC News and a frequent guest on MSNBC's Morning Joe.

Mark Halperin is "one of the preeminent political journalists," according to CNN. Or at least he was.

The journalist was the political director at ABC News in the early 2000s when according to a new report from CNN, he forced one woman to kiss him and "pressed his genitals against her body." The second woman described a similar experience: "I was sitting in a chair from across his desk -- and he came up behind me and [while he was clothed] he pressed his body on mine, his penis, on my shoulder." She also alleged that Halperin propositioned her for sex while she was working as a reporter on the campaign trail. The third woman was also propositioned by Halperin. She said he blocked the door, effectively trapping her in the bathroom while asking for sex. The fourth woman was also propositioned by Halperin on the campaign trail. The fifth woman said that Halperin, "while clothed, placed his erect penis against her body without consent."

This was his "apology":

"During this period, I did pursue relationships with women that I worked with, including some junior to me," Halperin said in a statement to CNN. "I now understand from these accounts that my behavior was inappropriate and caused others pain. For that, I am deeply sorry and I apologize. Under the circumstances, I'm going to take a step back from my day-to-day work while I properly deal with this situation."

But Halperin is going to be doing more than "taking a step back."

CNN's investigation discovered that Halperin had harassed and assaulted women at least from the 1990s to the mid-2000s. Halperin has had an illustrious career in journalism — one of his victims told CNN, "For the last 11 years, I have had to watch this guy find success in every other news organization." But now, MSNBC told CNN that Halperin would leave his roles at the network and at NBC News following the breaking story of these allegations.

In it, she refers to the serial sexual predator as "our friend Mark Halperin." Not a good look. MSNBC dumped him. You should too, Mika.