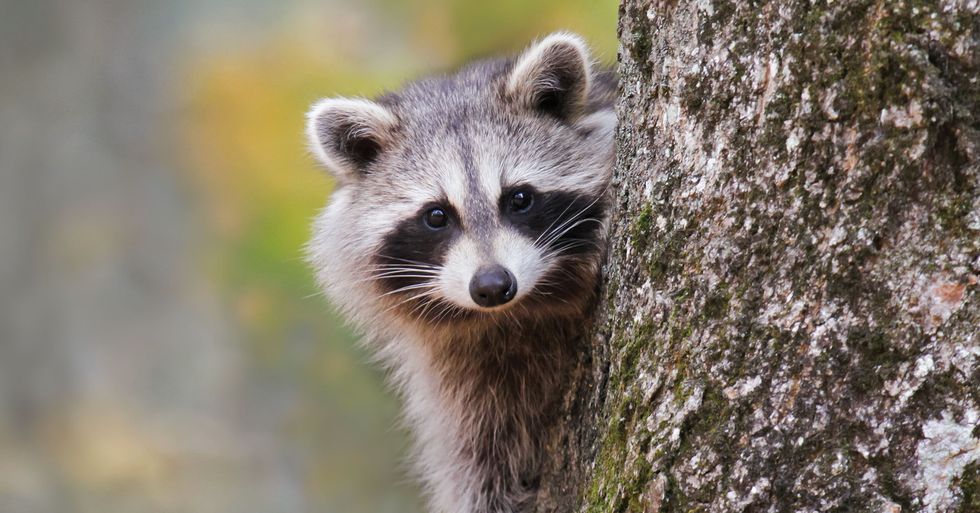 A trio of raccoon artists are taking the internet by storm with their adorable photos...

Let's be honest, raccoons don't exactly have a great reputation.

When you think of a raccoon, the image that generally springs to mind is a feisty creature known for scavenging through our trash.

But there's one set of raccoons that are proving us all wrong.

And we truly can't get enough of the cuteness.

Piper, Cheeto, and Tito are no ordinary raccoons.

These 3 rescue racoons have embarked on a rather unconventional path - a lucrative art career. Now, that's a sentence we didn't think we'd write.

They are well and truly taking the internet by storm.

Their owners say they started the social media account to break the negative stigma often associated with raccoons.

Tito, one of the raccoons in the family, was rescued when he was just a baby.

Tito was found in the attic...

"We rescued Tito on May 9, 2017. Tito was a baby found in an attic! We made numerous attempts to contact rehabilitation centers, but no luck. Eventually, Tito became apart of our family," their website states.

While it takes a lot of time and resources to keep Piper, Cheeto, and Tito as pets...

It's all completely worth it.

Their owners don't recommend keeping raccoons as pets to most people. "We have a whole YouTube video on this. But overall, we do not recommend a pet raccoon to most people. Raccoons require a lot of time, space, and resources that most people cannot accommodate!"

But now they're really taking social media by storm thanks to their artistic talents.

The raccoons have been taught how to fingerpaint.

And let's just say, they're raking in the dollars.

The 3 raccoons always pose proudly with their masterpieces.

We'd say its the more abstract kind of art.

This one is a personal favorite.

Their work is in high demand...

And often sells out super fast.

The paintings sell for around the $100 mark.

So, it's certainly not a cheap investment, but dare we say... totally worth every single cent.

Animal behaviorist Suzanne MacDonald at York University, Toronto, shed more light on exactly how these animals can be trained to paint.

“You can train any animal to paint, really. All you need is patience and a steady supply of food rewards," she told Bored Panda.

But, when it comes to raccoons...

She said it's a little easier because they "can grasp things with their hands."

Suzanne went on to say that while there's no evidence that raccoons can appreciate art...

There's always a slight possibility, because “then again, it is impossible to ask them… so who knows?"

When it comes to this raccoon trio, they certainly look to be enjoying themselves and their artistic endeavors.

So we'd like to think they have some appreciation for their work... right?

Look how happy he looks!

via: Tito the raccoon

This adorable trio aren't the only artistic animals to take the internet by storm...

Scroll on to check out the rats who are creating sold-out artwork...