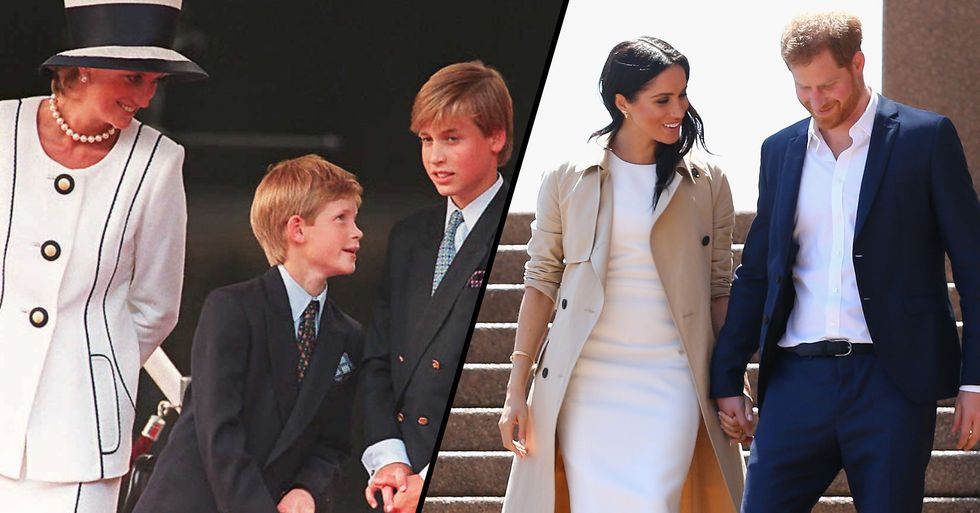 But this week, some bizarre claims have surfaced from beyond the grave...

And over the years, William and Harry have ensured Diana's memory hasn't been forgotten...

But this week, some bizarre claims have surfaced...

Princess Diana’s "favorite psychic" claims the princess asked her to warn Prince William from beyond the grave.

Healer Simone Simmons and Dianna first met in 1993 at The Hale Clinic, an alternative medicine center in west London.

The pair reportedly stayed close until the end. Simone apparently warned Diana “something was going to happen to her that would be the death of her" ­before her accident.

But her latest claims are her most shocking yet.

“Diana told me it was all going to end in disaster."

Simone, who said she would speak to Diana for up to fourteen hours on the phone when she was alive, said: “It’s going from bad to worse." “Harry’s been separated from everything he loves – his family and his friends, including the Army boys he loved. “Diana told me Harry is feeling more and more isolated and it’s like torture for him."

Simone says she was so terrified she wrote to his brother, William.

Simone claimed: “Diana comes and talks to me – I see her body and she’s very animated at times. I got so fed up of it all I wrote to William, but he hasn’t responded." In the letter, Simone wrote: “Diana made me promise to keep an eye on both you and Harry to make sure you’re both OK, and to give you warnings of danger signs. “I am writing, actually I’m begging you, to listen because Meghan will isolate Harry, and eventually cause him to attempt radical, possibly lethal, ­self-destructive actions. “If you want to respond, feel free. We MUST save Harry."

Simone has previously correctly predicted that Meghan Markle was pregnant with the pair's first child, Archie, before the news was announced.

“I’m going to write one more letter to him, but I’m told he and William refuse to read correspondence from their mother’s friends because they have been told we are not to be trusted. “It’s so sad as it’s the only way they will get to hear the full truth about their mother." Want more on the royals? Keep scrolling to find out why everyone thinks a recent video of Meghan Markle reading to Archie "proves Prince Harry does all the parenting"...