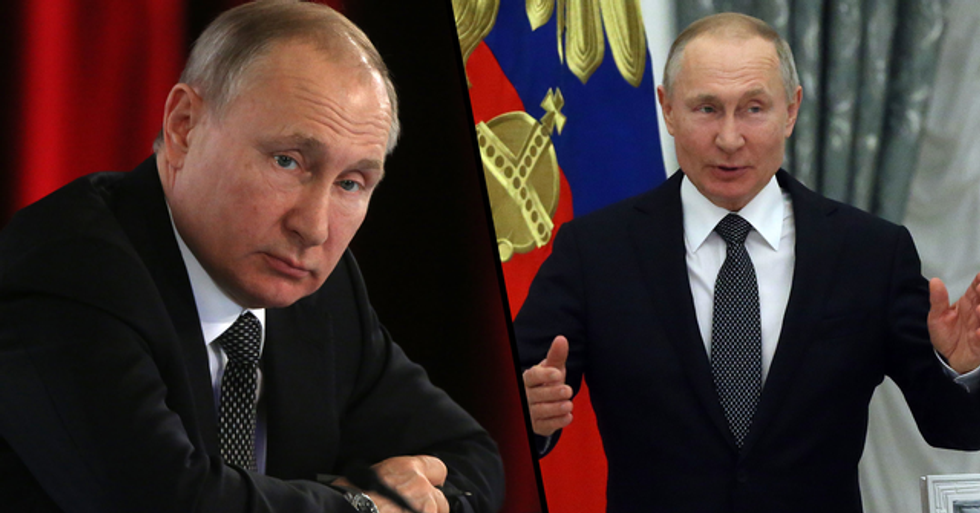 The president of Russia, Vladimir Putin, has caused a lot of controversy this week by proposing a constitutional ban on same-sex marriage across the full country.

Keep scrolling for the full story, and to read about how damaging his regime could be to the homosexual community in Russia...

The fight for gay rights has been waging on for decades.

Never before have gay people been so empowered... But there is still a long way to go.

Despite same-sex marriage being legal in more countries now than ever before...

There are still many places who simply won't accept the fact that love is love.

We have seen a huge improvement in the fight for marriage equality in the last decade.

And Northern Ireland became the latest to join in the pledge after they legalized same-sex marriage last year.

But, sadly, not every country can be so progressive.

And those that are run by bigotted individuals don't stand a chance at ever joining the modern world in accepting gay people for who they are.

And Russia is one of those countries.

Russia doesn't have the best track record when it comes to its gay rights -Homosexuality in the country was classed as a criminal offense up until 1993 and was still listed as a mental illness until 1999.

And their "gay propaganda law" is still firmly in place.

The Russian federal law, which was signed into parliament in 2013, was designed "for the purpose of protecting children from information advocating for a denial of traditional family values".

Basically, it "protects" children from being exposed to homosexuality.

And ultimately criminalizes the distribution of any form of homosexual propaganda that could "raise interests in such relationships."

Several online communities have been shut down as a result of this law...

By reserving that right exclusively for heterosexual couples.

And if you don't think this law is evidence enough of the Russian president, Vladimir Putin's barbaric ideology on the matter...

In 2017, the President explicitly stated that it is his "duty" to stop gay people from getting married in an attempt to "reinforce families."

So, it comes as no real shock to hear Putin's latest stance on the matter...

Disclaimer: It isn't a good one.

Putin has been having some difficulty with the idea of same-sex marriage...

And has proposed a new law to make the lives of Russian homosexuals that little bit more difficult... Because life for them simply wasn't hard enough before, was it?

Putin is seeking a constitutional ban on same-sex marriage.

A senior politician has claimed that Putin said the Russian constitution should define marriage as between a man and a woman - and nothing else.

It is an outrageous ban to propose.

Pyotr Tolstoy, deputy chairman of Russia's lower house of parliament, said one of Putin's proposed changes was to "enshrine in a basic law the concept of marriage as a union between a man and a woman."

Putin has proposed this change as a part of his far-right political reshuffle...

Which comes a month after he promised that "Russia would never legalize same-sex marriage as long as he is president."

Putin sees this proposal as an "opportunity"...

To enshrine what he sees as "Russia's core moral and geopolitical values for future generations."

The President has always pledged his loyalty to the Russian Orthodox Church...

And has actively distanced himself, and his country, from more liberal and western values.

He still insists that he isn't prejudiced against gay people. How does that work?!

He defines his blatant homophobia as staying true to Russian traditions...

And has asserted that homosexuality and gender fluidity are simply "out of step with traditional Russian values."

Our thoughts go out to the Russian LGBTQ community, whose lives will undoubtedly become much harder under Putin's proposal.

And we can only hope that this barbaric ban can somehow be overturned. To read more about Northern Ireland's historical marriage equality win last year, keep scrolling...