Elephants have long been at risk of hunters. | 22 Words 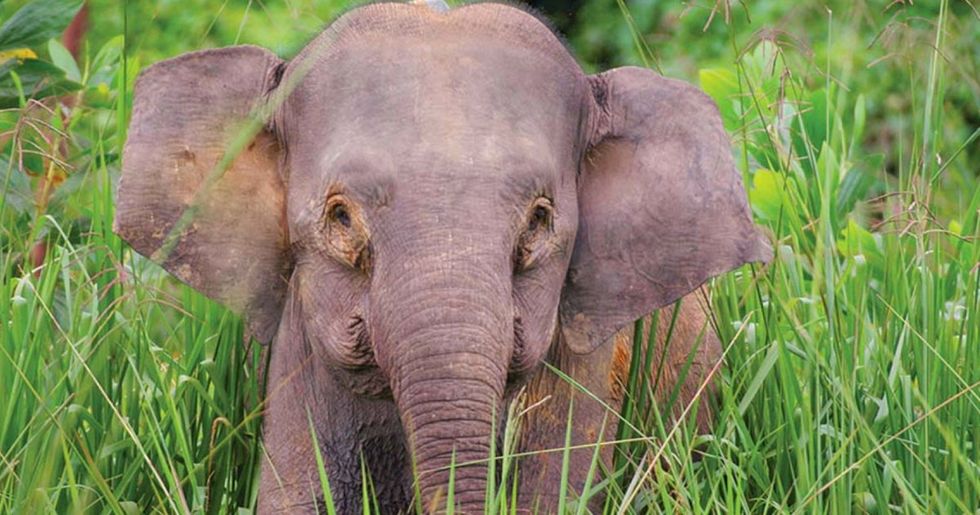 In spite of the current positive news in the environmental sphere, it seems as though there are certain people out there who still simply do not care for our planet and its animal inhabitants. On top of President Trump, these also include poachers and trophy hunters - who track down and brutally murder endangered animals for sport.

The most recent tragic discovery? A brutally shot pygmy elephant in Malaysia. The poor creature's tusks were removed, which means it was very likely captured by ivory hunters. But, to make things even more brutal, the elephant was also found with over seventy bullet holes in its body.

But what could possibly tug heartstrings more than the death of an innocent elephant?

How about the death of a super-cute, tiny elephant? The pygmy elephant, also known as the Borneo elephant, is a subspecies of the Asian elephant known for its diminutive size.

They're the smallest elephant subspecies and described by the WWF as having "oversized ears, plump bellies and tails so long they sometimes drag on the ground as they walk. They are also more gentle-natured than their Asian elephant counterparts."

These animals are native to Borneo and parts of Malaysia.

They live in a forest habitat and vary in size between eight and ten feet. At present, there are only one thousand five hundred left in the wild.

These elephants also rely on being close to water.

Which makes the rainforests of Sabah (between Borneo and Malaysia) the ideal territory for this cute species.

But, this week, something tragic was discovered.

A fisherman working the rivers in Sabah discovered a dead pygmy elephant floating in the river.

A post-mortem on the poor animal discovered that it was "riddled" with bullet-holes - showing it had been shot around seventy times.

The fatal shot was in the elephant's temple.

But all seventy shots were at incredibly close range - which has led some to suspect the animal suffered for a while before finally being put out of its misery.

He claimed it didn't matter how long the elephant suffered before its death, and that the killing was "cruel" either way.

Photos shared of the incident were truly heartbreaking.

The petite elephant was found partially submerged in the muddy water, held to the bank by an old piece of rope.

The fisherman who made the dark discovery alerted the authorities.

They then pulled the animal's body out of the water using machinery from a nearby farm.

The elephant was then taken for a post-mortem.

It was there the cause of death (the shot to the temple) was confirmed by medical professionals.

They noticed something else, too.

The elephant's tusks had both been removed immediately after death - which confirmed suspicions that the animal had been a victim of poachers.

Police are currently searching for the group of men that they believe are responsible.

They're not taking the incident lightly, either. Poaching a pygmy elephant comes with a five-year prison sentence and a fine of up to sixty thousand dollars.