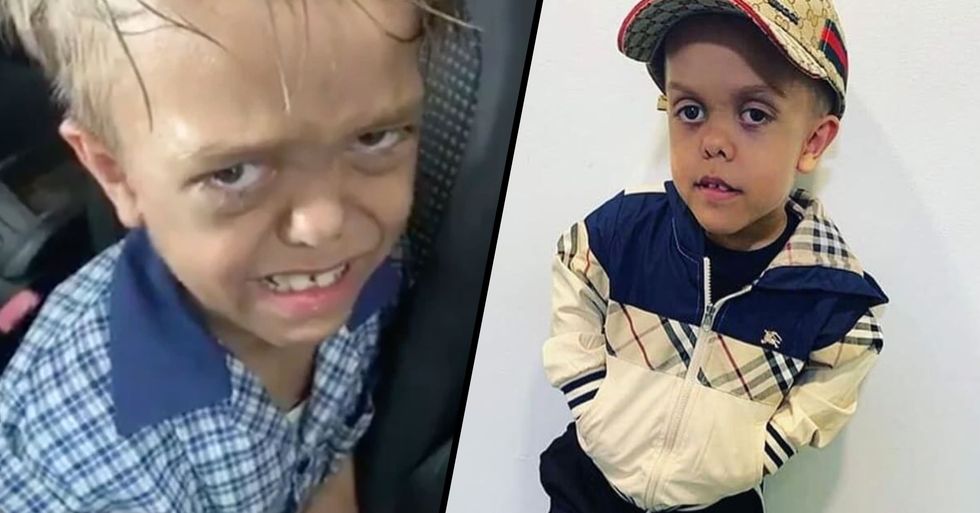 Last week, heartwrenching footage of a boy driven to the brink of suicide from relentless bullying went viral, thus shattering the hearts of millions of people all over the world.

Quaden, who suffers from dwarfism, has been viciously bullied all his life, which has eventually pushed him to breaking point.

There has been an outpour of love and support for Quaden, from members of the public and celebrities alike, but of course, trolls are still out there teasing him and his situation.

Quaden's mom has taken a stand against bullies.

His distraught mom recalled that the first time he tried to kill himself. It's heartbreaking to think of anyone suffering like this.

Quaden has been through many life-changing events...

This heartbreaking story has really raised some important questions...

It's the least he deserves. Writing on the Go Fund Me page that he created, Williams explained... "I'm setting up this GoFundMe to let Quaden know that bullying will not be tolerated and that he is a wonderful human being who deserves joy."

He wants to send him to Disney Land...

It is standing as a reminder to all people who are different that there is good in the world. "This isn't just for Quaden, this is for anyone who has been bullied in their lives and told they weren't good enough."

The kindness didn't stop there...

And last week, Quaden finally spoke out with some advice...

But amongst the love, there's been a sick rumor spreading around the internet...

For some reason, people on the internet began spreading a sick rumor that Quaden was actually a rich and famous eighteen-year-old, who was just doing this for even more fame and money.

People think his mom is in on it...

They think they're both trying to exploit the kind hearts of the public - and last night 'He's 18' even became the most top trending search on Twitter, along with some suspicious photographs of the youngster wearing designer clothes and posing with wads of cash... which are questionable, we must say.

Does anybody know of a 9-year-old to be kitted out head-to-toe in Gucci?

Because we certainly don't! And it does pose the question as to whether Quaden is as young as his family has made out.

People claimed they had proof he is eighteen...

This post read: "Ima say this once and that's that.. I've know about Quaden since before this shit blew up. Yes, he's 9! Dwarfism is not a joke, is he a model or actor? Shit, so are a lot of kids... That doesn't mean shit! All the money in the world cant change a disability or the pain that comes from it. Not to mention the health struggles and pain that comes from such.. I know this!! His mother made the post because she was overwhelmed and enraged with the bullying. I understand her to the fullest. A lot of y'alls "average" kids get bullied too, so you've been there.. She did not expect it to blow up the way it did. Never did she ask for money... That being said, another Fellow Little Person did reach out to them, which is a famous comedian. He wanted to turn Quadens frown upside down and created the Gofund me account to take the Australian boy to Disneyland. Now that was his doing. That came from his heart... Never did they say they were broke. Never did they ask for this shit. There are indeed scammers who have tried to take advantage of the situation and have made other go fund me accounts and make up bullshit like this is a scam, just for the fucking likes and bullshit, but I'm vouching for the kid. If ignorance blinds yall from the real issue than that's a damm shame!"

Just because it's trending on Twitter doesn't mean it's real. And now there's been evidence to prove Quaden is the child he says he is.

Quaden's mother posted that he was sixteen days old back in 2010.

And then there was this...

A television appearance of the pair when Quaden was 4 showed him playing with toys... and we must say, he was clearly just a small child.

And as for that "wine" photo?

Well, it had been cropped to remove the sparkling apple soda that Quaden was actually drinking.

But despite the hard evidence...

Many people online are still not convinced of Quaden's authenticity, and now, the youngster has hit back at the trolls in a hilarious way.

And even though we aren't entirely sure of the authenticity of these Instagram accounts, the post gained a lot of reaction. "Guess how old I am in this pic," he wrote along with a laughing emoji.

This is clearly a dig at the trolls claiming he is a lot older than he is...

And we must say, it is obvious that Quaden still has his sense of humor!