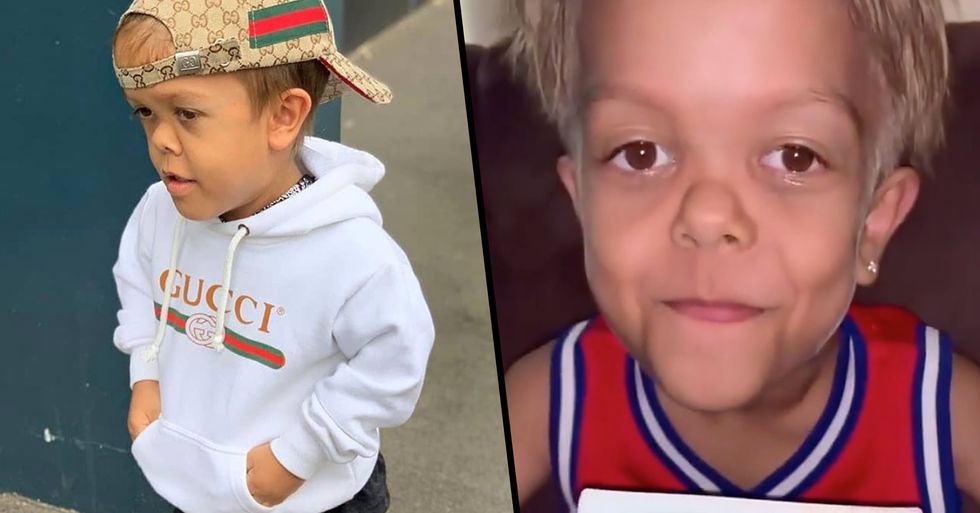 Quaden Bayles broke the hearts of millions of people last month when he was filmed saying he wanted to kill himself as a result of relentless bullying.

The youngster quickly went viral, with people from all over the world sending him their love and support.

But despite all the love he received, there was also a lot of hate, with many claiming that Quaden was actually an eighteen-year-old, not a young and innocent child.

And now, Quaden has addressed the deceitful rumors with solid evidence of his real age. Keep scrolling to see his video for yourself...

Quaden's mom has taken a stand against bullies.

Quaden has been through many life-changing events...

This heartbreaking story has really raised some important questions...

Tributes from celebs all over the world have also been pouring in.

The generosity is astounding.

And the kindness didn't stop there...

And last week, Quaden finally spoke out with some advice...

But, despite all the love, there's been a sick rumor spreading around the internet...

For some reason, people on the internet began spreading a sick rumor that Quaden was actually a rich and famous eighteen-year-old, who was just doing this for even more fame and money.

People think his mom is in on it...

They think they're both trying to exploit the kind hearts of the public - and last night 'He's 18' even became the most top trending search on Twitter, along with some suspicious photographs of the youngster wearing designer clothes and posing with wads of cash... which are questionable, we must say.

Because we certainly don't! And it does pose the question as to whether Quaden is as young as his family has made out.

People claimed they had proof he is eighteen...

Quaden's mother posted that he was sixteen days old back in 2010.

And then there was this...

A television appearance of the pair when Quaden was 4 showed him playing with toys... and we must say, he was clearly just a small child.

And as for that "wine" photo?

Well, it had been cropped to remove the sparkling apple soda that Quaden was actually drinking.

But despite the hard evidence...

Many people online are still not convinced of Quaden's authenticity, forcing the youngster to have to address the trolls himself.

The trolls have been relentless in their mission to catch Quaden out.

People are still convinced that Quaden is older than he says he is...

@Dwarf_Mamba It is always wonderful to see a part of the internet come together out of their goodwill for the vulne… https://t.co/wckV2gZazY
— друг (@друг)1582311648.0

Clearly, they have nothing else better to do with their time.

But now, after a solid month of deceitful rumors...

Quaden has been forced to provide solid evidence of his age.

And what can be more evidential than a passport?

The camera pans down...

And Quaden can be seen clutching onto his passport.

Can everyone lay off Quaden now?

The youngster has proven his age (not that he ever should have had to), and he has certainly gone through enough hardship to last him a lifetime.

And let's just hope that Quaden can enjoy his life in peace.