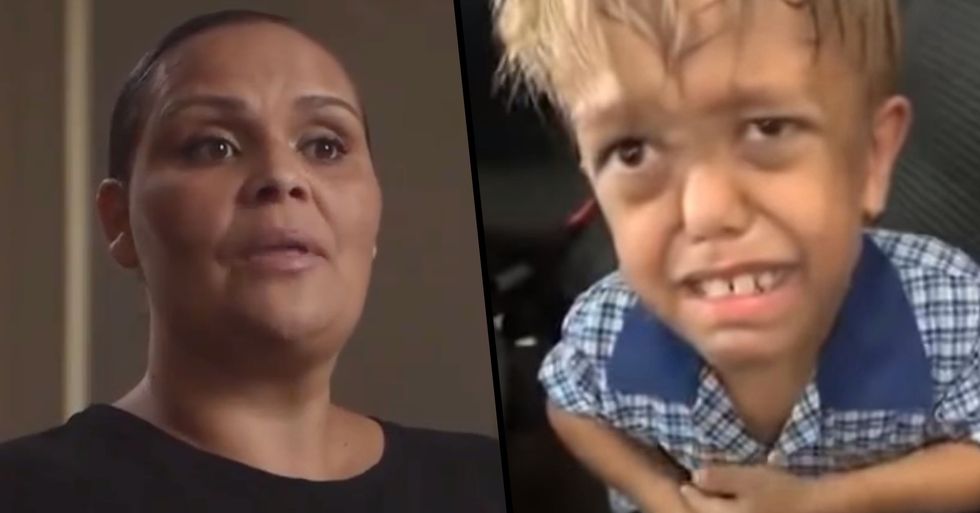 Quaden Bayles has been catapulted to viral fame after a heartbreaking video of him saying he wanted to die as a result of constant bullying was posted to Facebook.

There was a huge response to the video, although it wasn't all good. Now, his mom has finally spoken out...

Keep scrolling to see the clip.

Since the campaign has now accumulated over half a million dollars, which is $452,000 more than intended, everyone's wondering how the excess is going to be spent.

This means that $10,000 must be spent on the family and getting them to Disney World, while the rest will be given to various anti-bullying charities.

But now, the Bayles' have spoken out about what they're going to do with the money...

And, remarkably, they have decided to reject all the money raised.

But the family decided that the anti-bullying charities need it more than they do, so have vowed to donate all the money raised to those instead.

This means no Disney Land trip for Quaden...

It was his aunt who revealed the family's intentions with the money.

Speaking to NITV News, his aunt Mundanara explained: "What kid wouldn't want to go to Disneyland, especially if you have lived Quaden's life. But my sister said, 'you know what, let's get back to the real issue.' This little fella has been bullied. How many suicides, black or white, in our society have happened due to bullying."

They want all the donations to go to these organizations.

"We want the money to go to community organizations that really need it. They know what the money should be spent on."

They're thinking of their community.

"So as much as we want to go to Disneyland, I think our community would far off benefit from that."

Sadly, however, not all of the reactions to the video of Quaden have been good...

on one hand that bullying video got me in my feels regarding 9 y/o Quaden Bayles on the other it's odd his mom fil… https://t.co/n5IsIldGTA
— Saara Mowlana (@Saara Mowlana)1582624663.0

Some people said they found it odd how his mom filmed him instead of comforting him. "it's odd his mom filmed and posted it rather than calming and consoling him first," one user wrote.

But now, his mom has spoken out about her decision to film her son...

The pair were interviewed together for a special edition of The Point. Keep scrolling for the clip.

During the interview, Quaden's mom chats about her decision to take the video.

And revealed she has "no regrets" about posting the clip to social media. "Everything that's happened, no regrets. I still stand firm with what I've done," she explained.

"But I know next time I'll have the tools to be able to manage and improve on the way I have dealt with it."

"That [video] was coming from an exhausted mom, a drained mom, a mom that is looking for help.

The special edition of The Point: The Bayles Family Respond is due to air tonight on NITV.