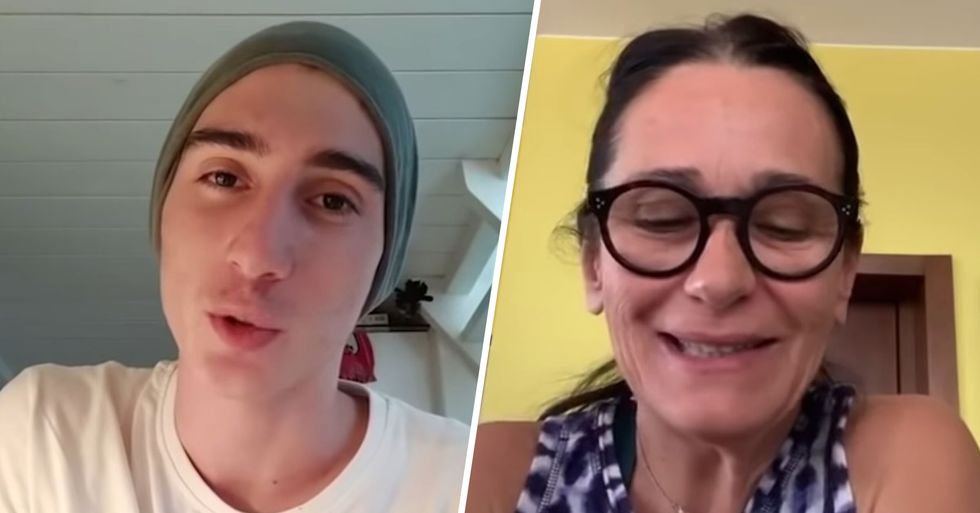 Many countries have gone into complete quarantine and lockdown, and Italy is one of them.

Keep scrolling to see the videos that quarantined Italians have made talking about what they wish they could have given themselves 10 days ago...

203, 612 to be precise. And, devastatingly, a staggering 8,229 more have been reported to have died from the illness.

And what caused it?

Since the first COVID-19 patient in Washington, there have been 6,524 more confirmed cases across the country and seventy-one deaths.

And last week, President Trump declared a national emergency to combat the coronavirus pandemic, freeing up $50 billion in federal funding and promising a screening website and drive-by tests.

Italy has been taking this matter very seriously.

For nearly 2 weeks now, the country has been in a complete lockdown which has left the streets empty of tourists and residents cooped up in their homes.

The European country is now the second most affected in the world next to China.

So far, 2,503 people have died from the virus in Italy and a further 31,506 are currently infected according to Worldometer.

It is an undeniably difficult time for the country right now...

But residents have been amazingly maintaining positive spirits with viral videos being posted online of Italians singing from their balconies whilst in quarantine.

And now, another amazing video has gone viral.

Created by A Thing By, the video shows Italians discussing what messages they would have sent to themselves 10 days ago before the lockdown.

Numerous people of different age groups appear in the video...

And instantly, many admitted that they initially didn't take the coronavirus pandemic seriously.

And now they are all in quarantine...

They all realized that 10 days ago, they had no idea of the "huge mess" that was about to happen.

In similarity to many of us around the world...

Many of the Italians in the video admitted to underestimating the pandemic.

The subject of face masks was touched upon...

And one woman explained how she used to "make fun" of those who wore face masks... while now wearing a face mask.

Others spoke of the things they would regularly do, such as going to the gym or eating out with friends...

And now, these activities are no more.

They spoke of the current situation in hospitals around the country...

And how they are too overcrowded to visit.

And, of course, how many people have now died.

This is something that is truly hitting home.

They urged the importance of staying at home...

And even though it is difficult, it will save lives.

Many see the positives of being able to stay at home...

Because at the end of the day, being healthy at home is better than contracting the virus.

You aren't the only person in the world...

And we are in this together.

And keep scrolling to learn about every celebrity who has been infected by the virus...