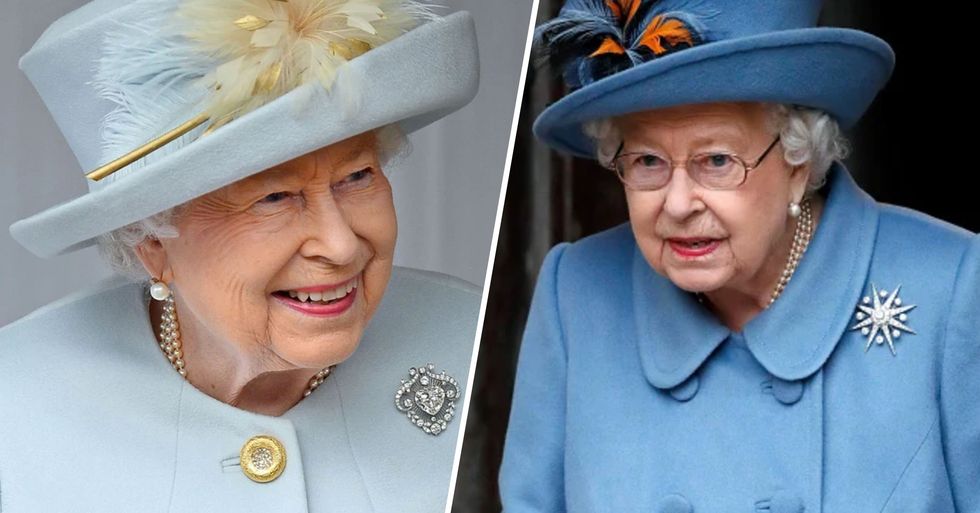 She is perhaps one of the most loved and admired women in the entire world, and earlier this month, she gave her fifth-ever national address to the people of the UK.

But it seems the pandemic has also prevented the Queen from fulfilling certain royal duties - and sources claim she's finding it very difficult.

The Royal Family has recently been through a tough time. It was recently announced by Clarence House, that Prince Charles has been tested positive for the virus and was self-isolating in his own home.

And this month, she took to the television to address the British public amid the current pandemic.

Some have even claimed the Queen was sharing a secret hidden message.

Alongside her green dress, HRH also wore a turquoise brooch.

The brooch is a family heirloom, belonging to her grandmother, Mary of Teck.

And some think that choice is no coincidence.

"I think she may have been showing continuity and the assurance that the world has been through ominous times before and overcome."

"I was struck by her reference to her WWII address, and of course a brooch which had seen bad times and good," wrote one Twitter user.

The Queen has also worn the brooch before.

And the very material of the piece may have hidden meaning, too.

Turquoise is a protective stone believed to have healing qualities - ideal for a pandemic!

But whether her fashion choices had a secret meaning or not, her green dress did mean one thing.

She was basically wearing a green screen.

And boy, did the internet take full advantage.

We kind of want this dress ...

We can totally see this dress for sale in Urban Outfitters.

Another secret message expressed through her wardrobe!

What the Queen wears when she's on lockdown.

Not a cat person?

No worries - nor is the Queen. Corgis all the way!

What she really wanted to say.

It's safe to say she gave a gift to the internet - whether she intended to or not!

But the pandemic hasn't been easy for the Queen.

And one aspect of the changes she's had to make has been very hard on the monarch.

Over the Easter period, she could not attend any church services.

“And she was probably more than frustrated that she couldn’t complete the duties that she would normally complete in that period of time."

And for more of Her Majesty, scroll on for the subtle shade she threw to President Trump...