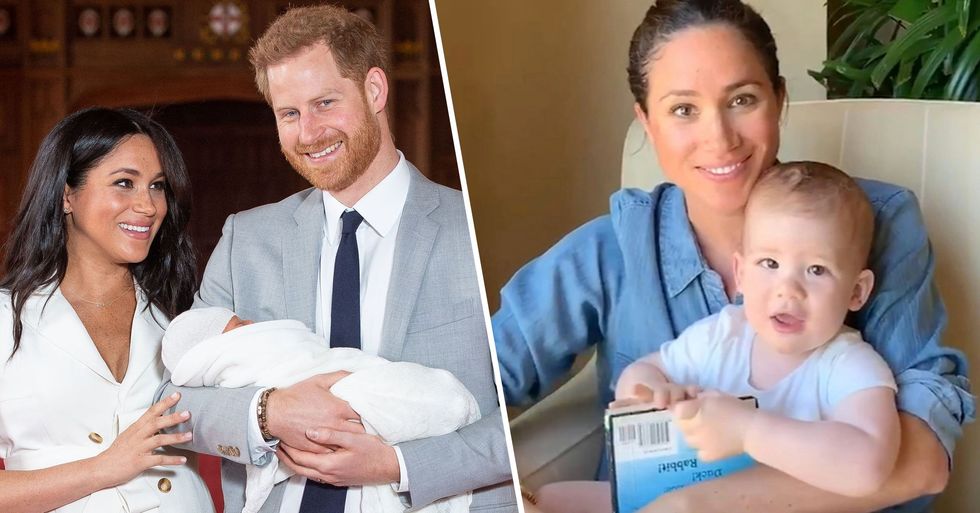 In a recent video call, Queen Elizabeth made some lovely comments about her great-grandson, Archie, and how he has "Prince Harry's red hair."

There's no denying just how adorable baby Archie is...

And recently, the Queen herself has spoken fondly of his red hair that he has inherited from his dad.

And of course, the Queen herself sent her great-grandson a birthday message via a video call...

But the sad reality is that Queen Elizabeth has only seen Archie a handful of times in the last year.

But it's true when they say that absence makes the heart grow fonder!

Sources have told royal editor Katie Nicholl how Harry and Meghan spoke with the Queen on her birthday earlier this month, with Her Majesty commenting on the similarities between Harry and his son.

The Queen's eagle-eye spotted a huge similarity between Archie and his dad...

It was also noted how happy the couple seems living their new life.

The source went on to reveal that while Duke and Duchess are currently living in Beverly Hills, they are also keen to be "out of the Hollywood fray."

All that matters is the happiness of Harry and Meghan's little family!

Make sure to keep scrolling to read about how Meghan's secret diary could reveal some Royal secrets...